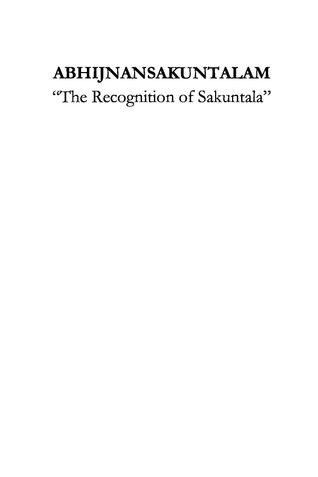 The Recognition of Sakuntala (Improvised Edition)

The legend of the exquisitely beautiful Shakuntala and the mighty king Dushyant is a thrilling love story from the epic Mahabharata, which the great ancient poet Kalidasa retold in his immortal play Abhijnanashakuntalam.
The play was the first Indian drama to be translated into a Western language, by Sir William Jones in 1789. In the next 100 hundred years, there were at least 46 translations in twelve European languages. But translation by Arthur William Ryder (March 8, 1877 – March 21, 1938), a professor of Sanskrit at the University of California, Berkeley, is the best one, adapted in this book.

Be the first one to write a review for the book ABHIJNANSAKUNTALAM.