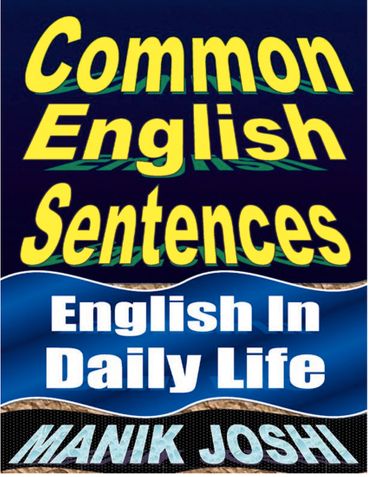 About -- It doesn’t matter who says what about me.
About -- That’s what being American is all about.
About -- They were going about their daily lives.
About -- This is what life is about.
About -- This training has been all about that.
About -- We have nothing to feel defensive about.
About -- What city was all about today?
Abuse -- He was found guilty of abusing his office.
Accept -- He accepted an opportunity with enthusiasm.
Accept -- He accepted his invitation for his birthday.
Accept -- He accepted it without protest.
Account -- Asia accounts for the maximum oral cancer cases.
Account -- Lighting accounts for 20 percent of the total electricity demand.
Account -- Our state accounts for 9 of 10 eggs exported.
Account -- She gave the police a full account of the incident.
Account -- The team gave a good account of themselves in the match.
Accuse -- Protestors accused the state govt. of inaction.
Achieve -- He achieved some measure of success.
Achieve -- He has achieved, what was impossible to think.
Achieve -- He is the only person to have achieved such a significant shift.
Across -- A wave of attacks across the country killed 95.
Across -- Moonlight glittered across the coconut leaves.
Across -- My house is just across the street.
Across -- Police officers across ranks expressed shock.
Across -- Red alert sounded across the state.
Across -- She watched the incident from across the road.
Across -- The blast has cut across class and gender.
Across -- The government launched military drills across half the country.
Across -- The issue is slowly becoming a matter of debate across villages in the country.
Across -- We could also attack across the border.
Act -- He acted in a street play.
Act -- Heat acts on metals.
Act -- I act from a sense of duty.
Act -- My lawyer acts for me.
Act -- You should act up to my advice.
Activity -- It is quite unfortunate that such an inhuman activity is taking place here.
Add -- He added his signature to the petition.
Address -- President addressed a press conference.
Address -- They received 25 objections and addressed all of them.
Administer -- Administer anti-polio drops.
Admit -- She was admitted with a severe breathing problem.
Adopt -- He adopted the look of Obama.
Advance -- The mob advanced us shouting angrily.
Advice -- I have a piece of advice for you.
After -- Take medicine twice after the fever is down.
Agree -- He agreed to act opposite me in the movie.
Agree -- We agreed to another demand of him.
Ahead -- Our team was ahead by two goals.
Ahead -- Preparations for the festival begin ahead.
Aim -- My remarks were not aimed at you.
Aim -- The new bill aims at filling the gaps in the existing laws.
Alarm -- It is nothing to be alarmed about.
Allocate -- The government has allocated the funds.
Along -- CM and Deputy CM were sworn in along with a 24-member cabinet by Governor.
Along -- Enter the lane alongside the Newspaper office.
Along -- He had come to the city along with his wife for sightseeing a week ago.
Along -- He was missing along with his servant.
Along -- The sanctuary area runs along with three states.
Among -- From among those he prescribes medicines too are ministers.
Amount -- Cartoon amounted to an “insult” to the icon.
Amount -- It amounts to judicial indiscipline.
Amount -- His action amounts to a violation of human and civil rights.
Anger -- His argument angered the driver and a clash ensued.
Answer -- Nobody answered the repeated knocks.
Answer -- An email to him wasn’t immediately answered.
Any -- It was the funniest thing any of us have seen for ages.
Any -- The situation is not any better in nearby villages.
Apart -- An explosion tore apart a coach of a passenger train.
Appear -- A blip appeared on the Radar.
Appear -- Efforts appeared to be getting nowhere.
Appear -- He appeared calm.
Appear -- He appeared unsteady on his feet.
Appear -- News-item appeared in the national dailies.
Appear -- She appeared the most pretty thing in the world.
Appear -- A ship appeared a huge black shadow to me.
Appear -- The match appeared to have been fixed.
Appear -- They appeared to be making efforts to trace the missing kids.
Appear -- They wanted her to appear in advertisements.
Apply -- I applied this to myself.
Apply -- She applied vermilion on her head.
Approach -- They approached a checkpoint.
Arise -- A dispute arose between two groups over the sum of money won in gambling.
Arise -- His behavior aroused the suspicion of the security guards.
Arise -- The only difficulties arose from language barriers.
Arise -- The question does not arise.
Arise -- They aroused other people’s suspicions.
Arm -- Cops were armed with tear gas shells.
Ask -- Goddess asked me for a boon.
Ask -- He asked “uncomfortable” questions.
Ask -- He asked her about her well-being.
Assess -- A team of experts will assess the situation.
Assess -- CM assessed the status of relief work.
Associate -- He was in fear of her life and the life and safety of anyone associated with her.
Associate -- People associate harmful or bad with the word bacteria.
Associate -- Pink is associated with grace.
Assume -- He was believed to have assumed different identities over the years.
Assume -- His remarks assume significance.
Assume -- The meeting assumed great importance for student’s future.
Assume -- The move assumed importance in the light of the incident.
Attach -- We attach great importance to our health.
Attain -- Their families had decided to wed them once they attained marriageable age.
Attempt -- He attempted to answer all his questions.
Attempt -- He was attempting to overtake another vehicle.
Attract -- He attracted my attention.
Attribute -- He attributed the bad state of parks to a lack of funds.
Authorize -- I authorized him for payments.
Avenge -- He wanted to avenge the humiliation he suffered.
Average -- He is above average height for his age.
Avert -- We made specific plans to avert the threat.
Avoid -- He avoided a direct answer.
Avoid -- She was upset because she thought he was avoiding her.
Avoid -- They avoided looking at each other.
Awake -- The city awoke to a clear but cold morning.
Awake -- I awoke later on to the sound of my cell phone ringing.
Away -- We were away so long.

Be the first one to write a review for the book Common English Sentences.