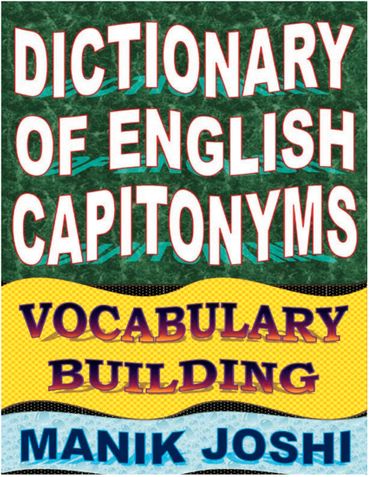 CAPITONYMS ----
[Capital- capital letter; -Onym: Name]
Capitonym is a word that changes its meaning (and sometimes pronunciation) based on whether or not it is capitalized.
Capitonym [singular] | Capitonyms [plural]
Capitonyms may be nouns, pronouns, verbs, or adjectives.

Characteristics of Capitonyms:
Same spelling except for capitalization
Different meaning when capitalized
Same or different pronunciation

Piedmonts and piedmonts
Piedmont: a region of North West Italy (noun)
piedmont: a slope leading from the foot of mountains to a region of flat land (noun)

Roman and roman
Roman: connected with the Rome
roman: the ordinary type of printing [adjective]

Rosemary and rosemary
Rosemary: a common first name for females in English speaking countries [noun]
rosemary: a bush with small narrow leaves that smell sweet and are used in cooking as a herb [noun]

Regency and regency
Regency: in the style of the period 1811–20 in Britain [adjective]
regency: government by a regent (a person who rules a country in place of the king or queen) [noun]

Scot and scot
Scot: a native of Scotland [noun]
scot: a charge, tax, or payment [noun]

Self and self
Self: a popular American magazine [noun]
self: character or personality [noun]

Be the first one to write a review for the book Dictionary of English Capitonyms.

Origin and Spread of the Tamils
V. R. Ramachandra Dikshitar