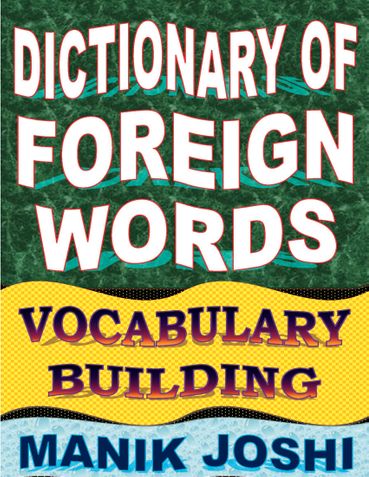 01 -- a fortiori (Latin) (adv.) -- for or with similar but greater or stronger or convincing reasons [a fortiori- literal meaning: “from (the) stronger argument”; origin: early 17th century]

03 -- a la carte (French) (adj.) -- allowing selection from a list of dishes that have separate prices shown on menu in a restaurant || (adv.) -- by ordering individually or separated priced food dishes from the menu [a la carte- literal meaning: "according to the (menu) card”; origin: 19th century]

14 -- ad nauseam (Latin) (adv.) -- in a manner that involves doing or saying sth again and again and thus it becomes annoying, boring or tiresome [ad nauseam- literal meaning: "to (the point of) sickness”]

17 -- agent provocateur (French) [n.] -- a person who is employed by a government to induce political rivals to break the law so that they can be put behind the bars [agent provocateur- literal meaning: "provocative agent”; origin: late 19th century]

Be the first one to write a review for the book Dictionary of Foreign Words: Vocabulary Building.