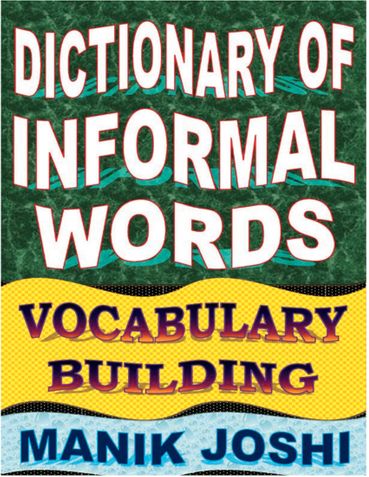 What are “Informal Words?”

abs [noun] -- the muscles of the abdomen

ack-ack [noun] -- the non-stop firing of guns at aircraft

adman [noun] -- a person who works in advertising or promotion

adore [verb] -- to be very fond of something

aggravate [verb] -- to intentionally irritate somebody

a gogo [adjective] -- in large quantities

allergic [adjective] -- having an aversion of somebody/something

all right [adverb] -- used to emphasize something

Aussie [noun] -- a person or native from Australia

ax (axe) [verb] -- to kill somebody with an ax (axe) | to get rid of a scheme, service, system, etc. | to dismiss somebody from their job

ace [verb] -- to be successful

all-nighter [noun] -- a time when somebody stays awake all night, mainly for studying

any [adverb] -- ‘at all’ [used at the end of negative sentences]

A-OK [adjective] -- in satisfactory or perfect condition, manner or style.

afters [noun] -- a sweet dish that is eaten after a meal

all-singing, all-dancing [adjective] -- (of a machine) having advanced features

Be the first one to write a review for the book Dictionary of Informal Words.