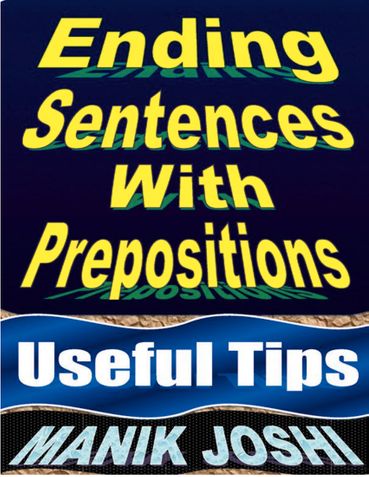 Ending a Sentence with a Preposition - ABOUT
An ad agency's job is to take a brand to consumers and communicate the proposition well to them so that they understand what the brand is all about.
Could you tell me what he was on about?
For the last 5 years, he has been part of the corruption in our country that we are angry about.
Governor said even clerical staff could easily address some of the complaints that students were approaching him about.
He warned her against commenting on things he is not authorized to speak about.
Her success is all everybody in the town is talking about.
How did the company come about?
How did this all come about?
I decided to leave my career, and concentrate my energies in an area that I was passionate about.
I do not know which video you are talking about.
Intimate details of his life have been flung about.
There are many healthcare centers worth talking about.
This is the player I told you about.
This is what the fight is about.
What are all these girls doing about?
What are you getting upset about?
What are you thinking about?
What did you want to read about?
What do they want to talk about?

Be the first one to write a review for the book Ending Sentences with Prepositions.

How to cure diseases with Sunlight and Sunlight ...
M.S.Hitesh Mohan