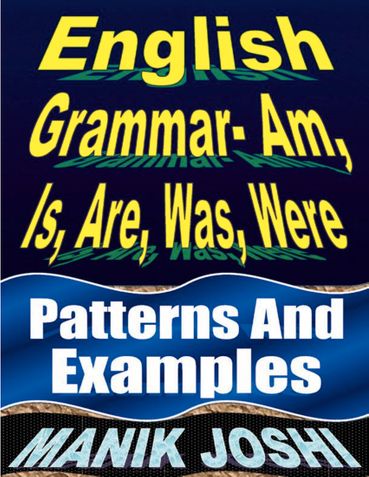 English Grammar- Am, Is, Are, Was, Were (eBook)

IMPORTANT POINTS ABOUT VERB ‘TO BE’

‘AM’ –
Singular Verb
Used In Present Tense
Used with Subject ‘I’

‘IS’ –
Singular Verb
Used In Present Tense
Used with Subject ‘He’ ‘She’, ‘It’ and other Singular Subjects

‘ARE’ –
Plural Verb
Used In Present Tense
Used with Subject ‘We’, ‘You’, ‘They’ and other Plural Subjects

‘WAS’ –
Singular Verb
Used In Past Tense
Used with Subject ‘I’, ‘He’, She’, ‘It’ and other Singular Subjects

‘WERE’ –
Plural Verb
Used In Past Tense
Used with Subject ‘We’, ‘You’ and other Plural Subjects

English Grammar- Am, Is, Are, Was, Were

Be the first one to write a review for the book English Grammar- Am, Is, Are, Was, Were.

SPIRITUAL HEALING for your Soul
VARIOUS