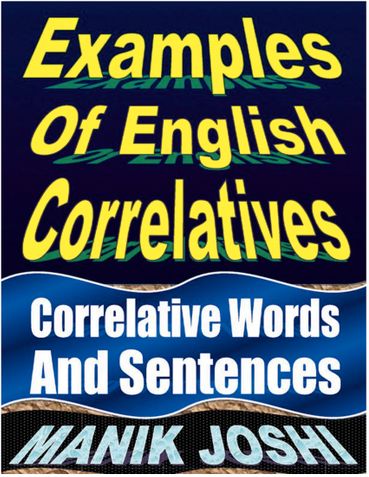 Correlative Words connect two equal grammatical items. They link words, phrases, and clauses. They are generally used in the form of pair of words and are popularly called correlative conjunctions.

As -- As
This Pattern Is Used When You Are Comparing or Linking Two People Or Things, Or Two Situations

EXAMPLES:
AS EARLY AS
AS FAR AS
AS LONG AS
AS MANY AS
AS MUCH AS
AS SOON AS
AS WELL AS

1A. AS EARLY AS
‘As Early As’ Is Used To Show --
Done Before the Expected, Usual or Planned Time

Be the first one to write a review for the book Examples of English Correlatives.