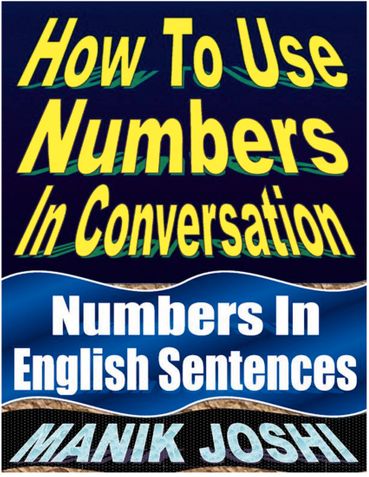 How to Use Numbers in Conversation (eBook)

Structure (1) -- Multiple Number [In the Beginning or Middle of Sentence]

Hundreds gathered in front of the parliament building early on Monday.
Hundreds were injured in two days of clashes.
Thousands evacuated after explosions at a munitions depot.
Hundreds, perhaps thousands, of Cubans and Haitians have lost their lives at sea seeking freedom and opportunity.

Millions marched against the government in over 400 cities.
The industry produced several hundred million units a year.
The exact loss of the property is not yet known but rough estimates put the losses to ten million dollars.
More than three million Australians lack access to critical financial services.
Trillions dong spent to build ports which have been left idle.
Trillions will need to be spent on infrastructure very soon.
Agriculture and tourism are a trillion-dollar economy.
Mobiles are a multi-trillion-dollar industry, even bigger than pharmaceuticals.
It would add more than a trillion dollars to the economy every year.
There are spiral galaxies out there with more than a trillion stars and giant elliptical galaxies with 100 trillion stars.
Our inability to comprehend the sheer magnitude of 1 billion has been eclipsed by our inability to comprehend 1 trillion.
Global loss to fraud ran into trillions.
She said she would have donated most of her $4 trillion to charity.
The universe is estimated to be somewhere between 13 billion to 14 billion years old.

How to Use Numbers in Conversation

Be the first one to write a review for the book How to Use Numbers in Conversation.

Glimpse into Self Simplicity
Captain Vishal