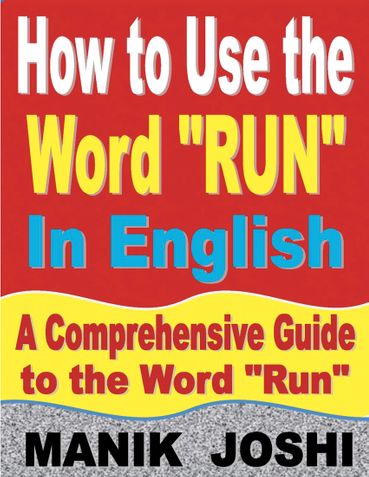 Run is an irregular verb. Its three forms are as follows:

MOST COMMON Meanings OF “TURN” AS The MAIN VERB ARE AS FOLLOWS:

Meaning 01:
to move fast with your legs

Meaning 02:
to travel a particular distance by running

Example Sentence:
He was able to run a mile in 5 minutes.

Meaning 03:
to manage and be in charge of a business, etc

Example Sentences:
What skills are needed to successfully run a hotel?
Can somebody run a business out of an apartment or other rented property?
How many solar panels are needed to run a house?
It takes a team to run a restaurant.
Actually, I am running a play school individually and wish to set up a higher secondary school.
It's hard to run a company professionally, while simultaneously taking care of the family.
It is far more expensive to run a news channel than an entertainment channel.
I just let her run my life basically.
Every owner has the authority to make decisions about how the business is run.

Meaning 05:
to unstoppably continue for a specified period of time

Example Sentences:
(run for sth)
The festival ran for two weeks in June.
His campaign ran for three months and reached hundreds of thousands of viewers across the country.
He started his own business which he ran for five years.
My factory runs for five days followed by two days of closure.

(run and run)
The civil war may run and run despite the unity pledge.

English Grammar- Be and Have
Manik Joshi