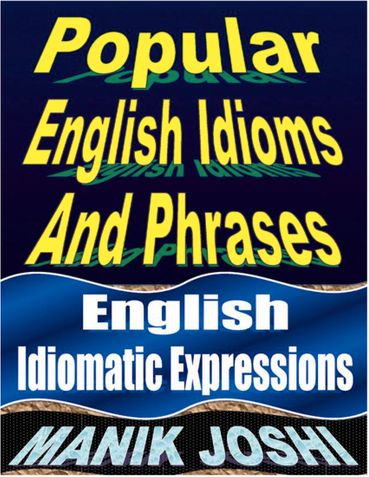 English Idioms and Phrases -- A

ABACK
003. -- He appeared to be taken aback when it was revealed to him that an avid fan had his face tattooed on his arm. || We all were taken aback by bomb attacks. [‘taken aback’ -- very surprised]

ACE
004. -- Our opponents hold all the Aces as they are strong where we are weak. [‘hold all the aces’ -- to have all the advantages]

ACT
006. -- An accidental fire in your home is not considered an act of God because it could have been prevented. [‘act of God’ -- an event that is caused by natural forces]

AGREE
010. -- Democracy requires that we agree to differ. [‘agree to differ’ -- (of people) to decide not to argue with each other over their different opinions about something.]

AIR
011. -- Her clarification did not clear the air. [‘clear the air’ -- to improve a tense situation]
012a. -- When the residents started receiving mysterious threats, there was an air of mystery and fear.
012b. -- The air of celebration was evident outside the president’s office.
013a. -- It was fortunate that he arrived and erased the negativity in the air.
013b. -- There was an evil smell in the air.
014a. -- Body is nothing but a pile of ashes and it will one day disappear into thin air.
014b. -- Money was vanishing into thin air.

ALONE
020. -- Workers were clearly in no mood to listen let alone comply with the request. || They could not figure out how to punish corrupt officials, let alone fix them. [‘let alone’ -- used to emphasize that because the first thing is not true, possible, etc. the next thing cannot be true, possible, etc. either]

APART
021. -- A saddle tank on the tractor-trailer came apart and caused a diesel spill. [‘come apart’ -- to shatter]
022. -- In less than a fortnight of its formation, the Joint Committee for drafting the bill is falling apart. || Talks on a deal finally fell apart. [‘fall apart’ -- to collapse]
023. -- Storm has torn apart the lives of thousands of people. [‘tear apart’ -- to destroy]
024. -- We are poles apart. || Two exhibitions in prominent galleries immediately next to each other showed works that were poles apart in concept. [‘pole apart’ -- completely opposite]

APPLE
025. -- We expected him to keep his business affairs in apple-pie order. || Everything inside the shop was spick and span and in apple-pie order, from the well-polished service counters to the glistening display cabinets. [‘in apple pie order’ -- well organized]

Be the first one to write a review for the book Popular English Idioms and Phrases.

Anyone Can Get An A+
Geetanjali Mukherjee