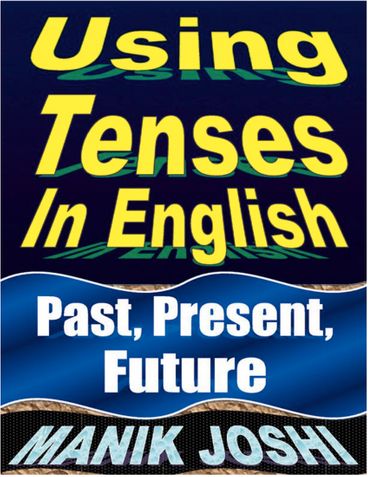 Tenses could be defined as “any of the form of a verb that may be used to show the time of the action or an event or state expressed by the verb”.

THERE ARE THREE KINDS OF TENSES:

Expresses –
Permanent situation [in the past, present and future]
Example: Our family lives in Seattle.

General truth (fact or statement)
Example: Clean water is fundamental to public health.
Example: Many barrages have no utility and cause floods.

Habitual action [actions that occur regularly]
Example: She listens to music every day.

Traditions, rituals, customs
Example: Indians celebrate the festival of light in the month of Oct-Nov.

Commands and Instructions [Imperative Sentences]
[Note: In imperatives, subject ‘you’ remains hidden]
Example: Condemn perpetrators of terrorism.
Example: Promote values of humanity and tolerance.
Example: Tell us about the exact nature of your work.

Used in if-clause of present and future real conditional sentences
Example: If I go there, I meet him.
Example: If things don't work out, we won't be panicked.

Headlines in news reporting [Use of simple present tense instead of the simple past tense is common in news headlines]
Example: Flight skids on landing at the airport.
Example: Thunderstorm brings relief to residents.

(A). AFFIRMATIVE PATTERN –
subject + first form of main verb + other words
Singular Verb is used with the subject ‘He and She’ + All Singular Subjects.
Plural Verb is used with the subject ‘I, We, You and They’ + All Plural Subjects.
Examples:
He/She talks. I/We/You/They talk.
We seek opportunities to chart out our own course.
The lean margin of victory or defeat gives an impression of a tough contest.
Nowadays, voters value development over other issues.
They want civic amenities and employment opportunities.

(B). NEGATIVE PATTERN –
subject + auxiliary verb ‘do/does’ + not + first form of main verb + other words
Auxiliary Verb ‘Does’ is used with the subject ‘He and She’ + All Singular Subjects.
Auxiliary Verb ‘Do’ is used with the subject ‘I, We, You and They’ + All Plural Subjects.
Examples:
He/She does not talk. I/We/You/They do not talk.
Most buses do not cater to interior parts of the villages.
He does not know what to say.

Be the first one to write a review for the book Using Tenses in English.

Are We Alone in the Universe?
Arijit Mondal