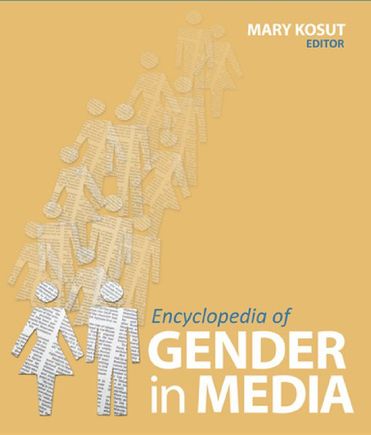 The phrase the media is commonly employed both
inside and outside the academy as a cultural and
technological catchall. It is referenced to describe a
range of media, both old and new. For example, I
have heard college students use this generic term in
relation to the content of Hollywood films and
national newspapers, as well as social networking
sites like Facebook. Often, when we think of the
media, we consider the importance of the meanings
of popular messages and images that are consumed
by a mass audience. In this context, and at its most
benign, mass media may be viewed as an outlet to
provide us with information, or as a source of entertainment,
pleasure, and escape. Conversely, “the
media” has been criticized as politically liberal (or
conservative), pornographic, superficial, and ultimately
too influential in the daily lives of children
and young adults. Intuitively, we know that all forms
of media matter at the start of the 21st century, as
they structure and saturate both the public sphere
and the most personal aspects of our lives. As media
scholar Douglas Kellner asserts, media culture provides
the “materials out of which we forge our very
identities, our sense of selfhood, our notion of what
it means to be male and female, our sense of class, of
ethnicity and race, of nationality, of sexuality, and of
‘us’ and ‘them.’” Clearly, the relationship between
gender and media is a significant subject within academia
and in the everyday lives of women and men.

Mary Kosut is an associate professor of Media,
Society, and the Arts at Purchase College, State
University of New York, and the coordinator of
the Media, Society, and the Arts program. While
her Ph.D. is in sociology, she teaches courses in a
variety of academic fi elds, including gender studies,
environmental studies, art history, and media
studies. Her courses fuse cultural and social theory
and inventive methodologies, encouraging a critical
and creative investigation of mediated life and
contemporary media culture(s). Her interdisciplinary
research examines the intersections between
embodiment, everyday practices, artworlds, and
popular culture. She has published work on tattoo
art, body modifi cation, and academic life in journals
such as Deviant Behavior, Visual Sociology, The
Journal of Popular Culture, and Cultural Studies-
Critical Methodologies. Her book, The Body
Reader: Essential Social and Cultural Readings
edited with Lisa Jean Moore, investigates embodied
practices, regimes, and representations. She is
currently working on a manuscript on the recent
trend of urban beekeeping that explores how bees
traffi c within cultural, economic, and political systems,
and interspecies relationships between insects
and humans. She lives in Brooklyn, New York.

Be the first one to write a review for the book Gender in Media.

Other Books in Literature & Fiction, Reference