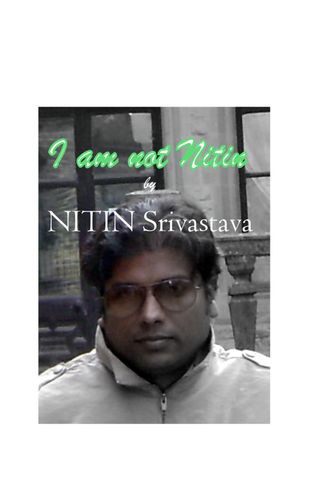 I Am Not Nitin (eBook)

Excerpt -
The king was waiting to welcome him. He was a popular man. But, on seeing him king was surprised, “which type of man is this?"
Bodhidharma was wearing his shoes on his ears, as if those were not shoes but earrings.
King was surprised.
He was in front of a man who looks like a mad man - as if possessed by a ghost. Anybody could be scared by his looks. But people love this man as a saint should be loved. Even king was waiting for him to welcome.
Bhodhidharma was a great saint and a very knowledgeable person. Nothing could be said about him. He was incomparable. He was just like Buddha; nothing less than that, but, a furious looking man.
Anybody would be scared by the look.
So king started to think, if he has mistaken to rightly recognize this man. May be this man is just a false saint. May be he was fooling. There was no mistake of the king in thinking like that - we all think like this, when we make an image of a person by just his physical look.
King was also doing this mistake of recognizing a person like Bodhidharma by the outer appearance. You cannot recognize a mystic by his outer appearances.
So, the king was confused. But he was waiting. He had waited for so long. He also had a question to ask and that was the main reason he waited for so long.
But, now he was confused whether to ask or not.
A tension had arisen in his mind. He was very hopeful of getting the answer, but now he is tensed. Tensed being in front of Bodhidharma was natural, because, no explanation could be given about this man - he is unsayable.
But he has to ask. What if he doesn’t get the answer? He has suffered for so many years. Therefore he loses nothing if he didn't get the answer.
So, he welcomed Bodhidharma.
After all how can he judge a person like Bodhidharma, without asking anything?
But Bodhidharma reached after a long journey. So king also has to take him to the place for staying. King asked Bodhidharma to come with him. After reaching the place and before wishing him for a good rest at night, king asked his question very eagerly, “I am a king, and I don't know because of this reason or the other but I always remain tensed and restless. Please help.”
Bodhidharma said, “Okay! No problem, come to me at 4 O, clocks in the morning with your king, your tension and restlessness. Show me these things and I will throw them away.”
King was a little surprised, “Tension or restlessness is not something material then how it can be shown. This man must be mad.” Anyhow the king departed wishing him good night.
After the dinner the king went to the bedroom. But he remained restless; this so called saint made him more restless. He never experienced that sort of restlessness; never in his life. He was trying to sleep but sleep was at a large distance from him. And nobody could sleep after seeing such a furious face of Bodhidharma. He remained puzzled the whole night.

The author is an Engineer by profession and working as Asst. Professor at Feroze Gandhi Institute of Engineering and Technology.
The spirituality is most important aspect of life in his opinion.
His first book 'THE GOD FACTOR FOR SUCCESS AND CONTENTMENT' is a great success.
He loves to write on the subject of spirituality.

I Am Not Nitin

Be the first one to write a review for the book I Am Not Nitin.

The Art of Living
P.V.S.Suryanarayana Raju