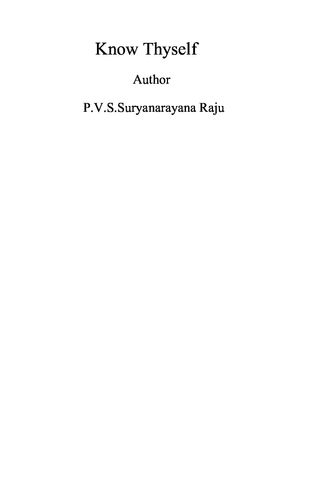 ALL THAT YOU HAVE HEARD ABOUT RELIGION, READ ABOUT RELIGION, has to be totally dropped. Unless you are clean, with no writing on your consciousness, you will never know what religion is. The so-called religions are doing just the opposite. And you can see the result. So Know Thyself through "who am i" self-inquiry and be at ease with yourself without following anybody.

BELIEVE AND YOU WILL NEVER FIND, and whatsoever you find will be nothing but the projection of your own belief -- it will not be truth. WHAT HAS TRUTH TO DO WITH YOUR BELIEVING? Doubt, and doubt totally -- because doubt is a cleansing process. It takes out all junk from your mind. It makes you again innocent -- again the child which has been destroyed by the parents, by the priests, by the politicians, by the pedagogues. You have to discover that child again. You have to start from that point. Hence, my whole effort here is to destroy all your so-called religious ideas.

It will hurt you because those religious ideas have become so intimate to you that you have forgotten they are not your discoveries, they are not your experiences. You have not lived them; you have not even loved them. SOMEBODY ELSE HAS FORCED YOU TO BELIEVE IN THEM; and whosoever has done it, has committed an inhuman act against you.

I AM NOT SAYING THAT THOSE PEOPLE ARE KNOWINGLY DOING IT. They are themselves victims of the same process; their parents did it to them, their teachers did it to them. So I am not saying to start feeling angry against them. They did it, thinking it is good for you... but just by their thinking, anything is not going to become good -- just by their thinking. They have been trying to help you, but they don't know that THERE ARE THINGS IN WHICH A PERSON SHOULD BE LEFT ALONE; ONLY THEN CAN HE DISCOVER. If you try to help him you are crippling him.

Be the first one to write a review for the book Know Thyself..