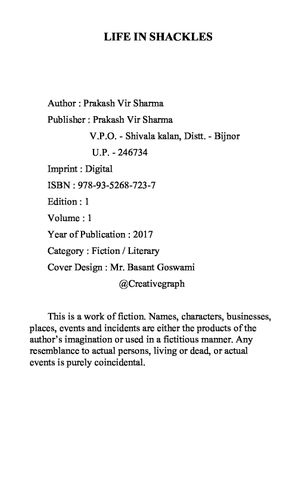 If we analyze the history of Ancient India, Mughal era and British rule, we may find tremendous changes in the society, moreover in the conditions of women in the society. As the period of Vedic Era passed by, the culture of Gurukul and debate vanished completely. While studying the British rule we find that there were so many malpractices in the society either in the name of religion or considering the safety of women. It is very difficult to find out the exact starting point of such malpractices and to reach the first victim but it is believed that all this happened due to Mughal and British atrocities on Indians which gave birth to social insecurity, particularly of a woman. Some of these malpractices like burqa, veil, western culture etc were introduced in this country with the entry of invaders which are still not fit in these climatic conditions, here in India. It was because of safety concerns that woman became victim of illiteracy, again because of safety and dowry concern - a girl is being killed during pregnancy and yet again because of such a poignant condition of women, the society is lacking on moral and ethics as the first teacher of a child, the mother is barred to participate in progression of the civilization. Apart from these, there are so many issues, like eve-teasing, molestation, kidnapping etc, which she faces daily at different places, in different situations. The book "LIFE IN SHACKLES" does not only feature the ordeal of a woman but is about the fact that she needs some freedom, some liberty, some support to continue her role as the foundation stone of civilization. She is not just made for the purpose of use and throw. She needs self-esteem and self-consciousness too. I hope that the readers will find the stories in line with this introduction and would think seriously on the issues listed in the book in various stories. However, the progressive women has already started their movement against these social evils like illiteracy, unemployment, gender inequality, burqa, veil, Halala, polygamy, triple divorce etc, it's our duty to participate in the revolution of positive change for the betterment of the society.

The author is a management and engineering professional as well as an educationalist by qualification. He is best known for his impartial and analytical opinions on political, social and religious issues. He is also a passionate social thinker. The books "Pratibimb" and "Mahakte Panne" were published by Yuvraj Prakashan which consist of his prominent works. His first book '' Kathputli'', which was published in March 2017, made news for two months right from social media to print media. ''Kathputli was his first independent venture and was self-published. Prakash started working for newspapers as a freelancer in early 1990s. Starting from Hindi weekly ''Shrambheri'', he has continued to display his skills in the form of articles, poems and stories in various newspapers and magazines till date. Apart from Goodreads authors, he maybe followed at Amazon Author Central. He also runs a popular blog pvsharma.blog.wordpress.com and can be followed on twitter account @prakaashsharma. At present, with 24 years of technical experience in steel industry, he is working at a senior management position in Bhushan Power & Steel LTD in India. Although a native of Moradabad (India), he stays currently in Kolkata. He would be glad to hear from you through his e-mail prakash2484@gmail.com

Be the first one to write a review for the book Life In Shackles.