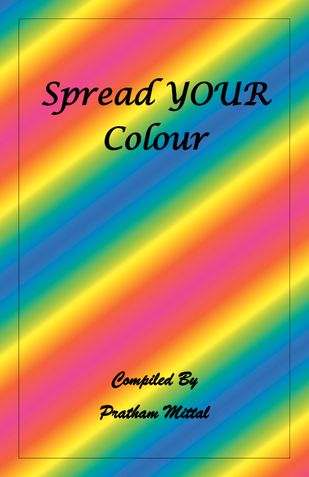 Spread Your Colours is Compiled By Pratham Mittal

“Life is sort of a box of crayons. most of the people are the 8 color boxes, but what you’re really trying to find are the 64 color boxes with the sharpeners on the rear . I fancy myself to be a 64 color box, though I’ve got a couple of missing. It’s okay though, because I’ve got some more vibrant colors like periwinkle at my disposal. I even have a touch of a drag though therein I can only meet the 8 color boxes. Does anyone else have that problem? I mean there are numerous different colors of life, of feeling, of articulation.

Be the first one to write a review for the book Spread Your Colours.

Brunette And Her Bunny
Athira, bhargavan