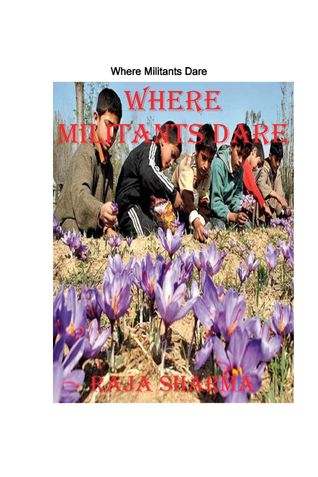 Kashmir, the heaven on earth, much admired and adorned in the works of poets and writers, and a source of inspiration for several Mughal Emperors, had suddenly seen a few decades of terror, bloodshed, killings, and encounters.

Every place, every house, and each individual in this beautiful state in India was, as if, suddenly clouded in suspicion. There was unseen fear in the atmosphere, and the eyes of the people reflected several different images of trepidation.

The dwellers of this beautiful valley had become so accustomed to death and destruction that they were not surprised anymore to hear the news of killings and encounters. However, two recent incidents, which were not unprecedented, surprised the Chaudhry family.............

Be the first one to write a review for the book Where Militants Dare.

Other Books in Literature & Fiction, Entertainment