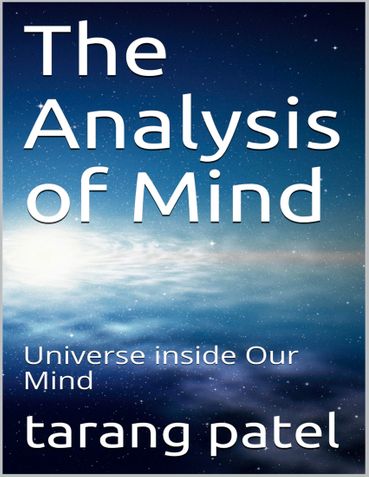 Universe inside Our Mind (eBook)

The Analysis of Mind

In a former work, the Author endeavored to delineate, in a simple and popular form, the leading facts relating to the Intellectual Powers, and to trace the principles which ought to guide us in the Investigation of Truth. The volume which he now offers to the public attention is intended as a sequel to these Inquiries; and his object in it is to investigate, in the same unpretending manner, the Moral Feelings of the Human Mind, and the principles which ought to regulate our volitions and our conduct as moral and responsible beings. The two branches of investigation are, in many respects, closely connected; and, on this account, it may often happen, that, in the present work, principles are assumed as admitted or proved, which, in the former, were stated at length, with the evidence by which they are supported. In presenting this book, the author feels most deeply the favorable manner in which it has been received, and the notice which has been bestowed upon it by those whose approbation he regards as a distinction of the most gratifying kind. He had two objects chiefly in view when he ventured upon this investigation. The one was to divest his inquiry of all unprofitable speculation and to sew that the philosophy of the moral feelings bears directly upon a practical purpose of the highest moment, the mental and moral culture of every rational being. The other was to sew the close and important relation which exists between this science and the doctrines of revealed religion, and the powerful evidence which is derived, for the truth of both, from the manner in which they confirm and illustrate each other. These two sources of knowledge cannot be separated, in the estimation of anyone who feels the deep interest of the inquiry, and seriously prosecutes the important question, what is the truth. If we attempt to erect the philosophy of morals into an independent science, we shall soon find that its highest inductions only lead us to a point beyond which we are condemned to wander in doubt and in darkness. But, on the other hand, by depreciating philosophy, or the light which is derived from the moral impressions of the mind, we deprive ourselves of the most important source of evidence in support of revelation. For it is from these impressions, viewed in connection with the actual state of man, that we learn the necessity, and the moral probability, of a revelation; and it is by principles existing in the mind that we are enabled to feel the power of that varied and incontrovertible evidence, by which revelation comes to the candid inquirer with all the authority of truth.

Tarang Patel has been a Philosopher, Writer, Poet, and Motivational Teacher, IT Developer, Programmer, Forex Trader, Entrepreneur, and Many Startup Company Founder. He has Founded Many Startup Company (BlueCudes, BlueOceanIndia, ValsadMarke, AnyStudy, EducainHub) in his short time journey, He lived in the Gujarat, India. He and his partner share their knowledge give guidance to society for extraordinary visionary people and fresher startup founders.

Universe inside Our Mind

Be the first one to write a review for the book Universe inside Our Mind.

Other Books in Self-Improvement, Philosophy