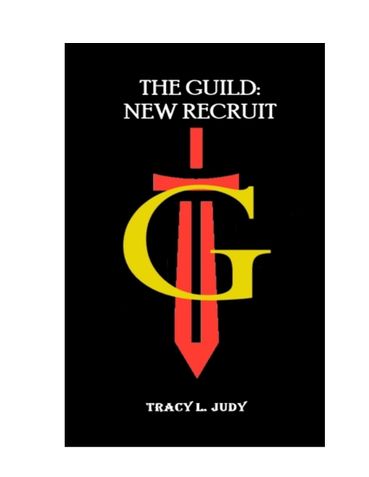 Doctor James Darash enjoyed his life. He had an academic life that many envied. Soon to be a fully tenured professor at a major university, his life was going exactly the way he had planned it out. Sometimes, plans change.

When a dark burgundy sedan enters James' life everything changes. The world he knew, or thought he knew, is turned upside down. Nothing will ever be the same for him.

James faces creatures that he thought were only mythological, beasts that belong in the pages of books, on movie screens, not walking down the neighborhood streets. When the things that he knew to be false become true, James is faced with the toughest decision of his life. Does he chose to live a normal, quiet life, blissfully ignorant of the real world around him? Or does he chose to believe in the unbelievable?

Find out in "The Guild: New Recruit."

A former Marine and a graduate of the University of South Carolina, Tracy grew up in South Carolina but has lived throughout the Southeast. He has visited several nations and looks forward to travelling again in the future.

He remembers always reading, it seems that he has always had a book of some type in his hands. This has continued into his adult years.

Writing has always been a release for him, a way to escape from the frustrations of the day to day world. He has been able to hide his feelings in his writings over the years, both the happy ones and the sad ones. For Tracy, writing has been one of the best therapies he has had. He feels refreshed and new when he puts pen to paper, or types, and just lets it all out.

Recently, he has begun to look at his life as not just a short amount of time here on earth but as a legacy. With probably 50 years or more left here, he wants to leave a mark. He spend his days focusing on what legacy he will leave on this planet during the next 5 decades or more. When he leaves, he wants to be missed and remembered.

Be the first one to write a review for the book The Guild: New Recruit.

Into the Future
Swapnil Saurya