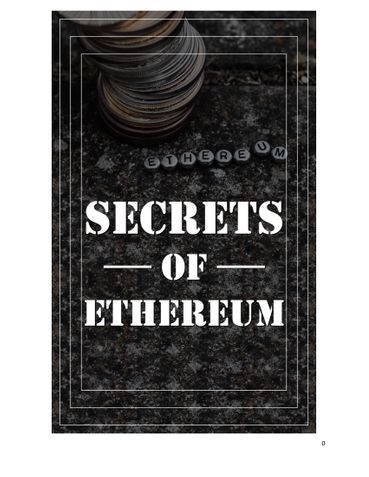 Ethereum is a stage for making of decentralized applications running on block chain, using brilliant contracts.

Since its dispatch on June 30, 2015, it has been relentlessly picking up notoriety. Beginning from late January 2016, it has encountered a surge.

In March 2016, inside not as much as a time of its reality, that development finished in Ethereum accomplishing a record-breaking market capitalization of over $1B.
From that point forward, the interests have died down and Ethereum has declined a bit. Be that as it may, the coin is currently second just to Bitcoin on the digital currency showcase capitalization list.

Bitcoin has experienced a comparable blast of development in the late 2013 - mid 2014, when its cost has achieved its record-breaking high. Dispatches of a few hundreds, if not a great many various types of option digital forms of money took after.

Some of those altcoins have figured out how to achieve a specific level of accomplishment; however none of them have accomplished the statures of Ethereum.

The stage has even made the most of Microsoft's consideration, when it reported the dispatch of Ethereum Block chain as a Service (EBaaS) in light of the Microsoft Azure stage back in November 2015.

Be the first one to write a review for the book Secrets of Ethereum.

Other Books in Self-Improvement, Information Technology