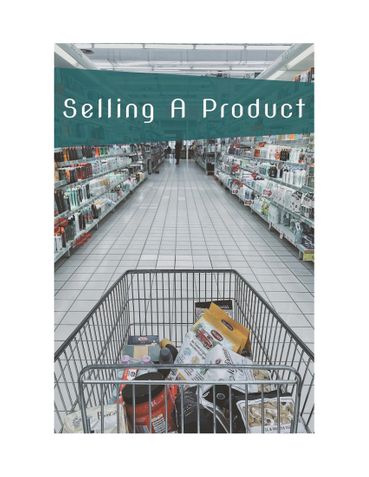 Rudolph was pacing to and from the aisles, clearly agitated. It is five in the afternoon and he had closed only two sales for the day. His quota was ten and he kept looking at his watch. It was a slow day, a Wednesday where nothing happens. A few shoppers were milling in, some were rushing past in transit, others were simply looking around. Before long, the night shoppers would come and he knew he had to work doubly fast if he was going to reach his quota at all. He wasn’t confident at all, having started last week ago. But his performance for the month will determine whether he will be staying or not. Remembering his bills and the number of concerns he had to address, Rudolph straightened out his suit and promised himself he would make the last eight count.

Selling an expensive line of perfume wasn’t really Rudolph’s original line of work. He studied a general management course and hoped to be in some corporate office as a manager of anything. In fact, he really didn’t know what he wanted to do. He tried several jobs but always got rejected because of his academic records. Doing odd jobs here and there, Rudolph was desperate for any kind of work. A friend told him of an opening in a department store. They were looking for a merchandiser for an expensive line of perfume. Rudolph was tall and looked good enough. He applied for the job, not really caring for the product, and he got in. One week in training and now, here he was, selling perfume to ladies for a hefty price.

To be fair to him, Rudolph had tried the perfume and found it nice. He wasn’t a connoisseur but he tried researching his product. He knew where it was made, which type of customers it would appeal to, how to apply it on customers. The sales training was really an eye-opener for him. He learned a lot about knowing the brand and the company and approaching people. The trainer kept on telling them about being confident and aggressive in getting their customers. Rudolph took notes all the time and even read the handouts at home. He was focused and he knew he needed to do well in this job if he was going to go anywhere. So bringing with him his one-week training and a good amount of confidence, Rudolph donned his suit and faced his new life as a salesman.

Be the first one to write a review for the book Selling A Product.