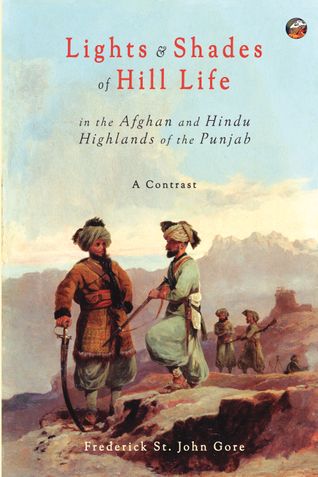 Kulu and Kuram, a contrast

A fascinating account of two expeditions, one to the Kulu valley in the Himalayas and other to the Kuram valley in NWFP (now in Pakistan), undertaken by a Victorian gentleman.

Excerpts from the book:

“In these mountain villages they do not take the trouble to send a messenger round to collect the kulis, but in the evening, as you stand at your tent door watching the brilliant stars sparkling in the dark vault overhead, with only the sound of the torrent far, far down below you to break the stillness, you hear suddenly a long-drawn call, “āāā-o kulīāāā,” very melodiously shouted out into the dark night by the watchman standing on some prominent rock overhanging the valley. Away over the deep valley travels the call, telling the villagers that they will be wanted next morning. Again and again the call resounds, and now it is taken up by the villages beneath, until it is carried from hamlet to hamlet like a prolonged echo, which faintly dies away in the dark depths below us. The whole scene is most poetical, and the simple homely lives of these peasants, who appear next morning obedient to the call, comes vividly before one.”

“Only last year Chikkai was going to pay a visit to his neighbours the Orukzai, but as he suspected treachery, he begged that hostages might be given, and accordingly two sons of one of the Orukzai chiefs were sent to him. As soon as Chikkai got them into his power, he seized the boys and threatened them with death unless their father drove out some enemies of Chikkai’s who had claimed and obtained the hospitality of the Orukzais. The boys, nothing daunted, thereupon sent to their father a message, begging him on no account to accede to Chikkai’s wishes, for that they would gladly die rather than that the name of the Orukzai hospitality should be disgraced.”

Be the first one to write a review for the book Lights & Shades of Hill Life in the Afghan and Hindu Highlands of the Punjab.

Other Books in Travel, Arts & Photography

Between the mountains and the sea
Vijay Ramakrishnan

Children of the Mother
SujataTibrewala