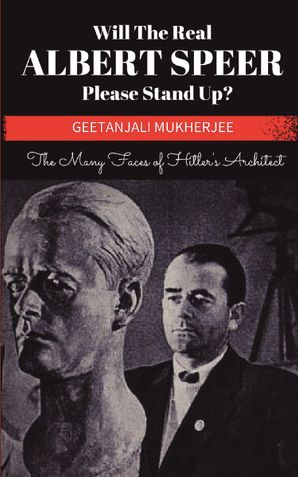 Will The Real Albert Speer Please Stand Up? The Many Faces of Hitler's Architect

He presented many faces to the world, but which one was genuine?

Over the years Albert Speer has been given several titles – ‘the good Nazi’, ‘Hitler’s architect’, ‘future Reichchancellor’, and even ‘the only penitent defendant at Nuremberg’. There is no doubt that there are many faces to Albert Speer: he was a man who had far greater power during the war than any other aside from Hitler, and was widely believed to succeed Hitler; his tremendous powers of organization raised German production to its peak at a time when resources were at an all-time low; and it was expected by all, including himself, that he would receive the death sentence like the other Nazi leaders, instead escaping the noose with only twenty years.

In light of his extended involvement in the Nazi party, both as Hitler’s architect and the Minister for Armaments, and his contributions to the illegal war waged by the regime, the question naturally arises: did Speer receive adequate punishment? Did the verdict reflect the perception that Speer was somehow ‘less culpable’ than the other defendants, or did he mastermind his defence in a way that reduced his sentence? The events leading up to the Nuremberg trial, and the trial itself, provides clues to answering these questions: what can we learn about the personality of Speer from the evidence available, and why does it matter?

Geetanjali Mukherjee grew up in India, spending her early years in Kolkata, and then attending high school in New Delhi. She attended the University of Warwick, United Kingdom, to read law as an undergraduate, where she first became interested in international law and the politics of armed conflict.  She further pursued her interests at Cornell University, USA, earning a Masters’ in Public Administration with a concentration in human rights and social justice.

Geetanjali received the Everett Public Service Fellowship in 2008 to work with the Asia Division, Human Rights Watch, on post-conflict transition issues in Nepal, Sri Lanka and Bangladesh. She has also worked on these issues as a Research Fellow at the Singapore Management University School of Law. She is also a member of Pi Alpha Alpha, Global Honor Society for Public Affairs and Administration, United States.

Will The Real Albert Speer Please Stand Up? The Many Faces of Hitler's Architect

Be the first one to write a review for the book Will The Real Albert Speer Please Stand Up? The Many Faces of Hitler's Architect.