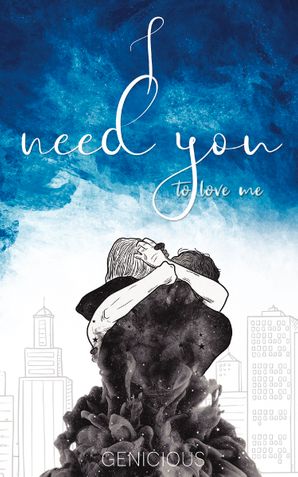 I Need You To Love Me

Together they are nothing more than madness,
but they say there’s always some madness in love

Six years elapsed since he shattered her life. Four years since she’s brought him to his knees.

Now, Ace is the youngest boxing champion in the world – a force to be reckoned with. He’s dangerous, heartless, and always gets his way.

Calla moved to New York to chase her career. She’s driven, determined, and willing to do whatever it takes to rise to her potential. But does that include swallowing her past and interviewing the man she has avoided for almost half a decade?

History repeats itself – secrets arise, deceptions consume, and a menacing enigma lingers. This time…the passion is steamier, the emotions intensify, and everything is at risk.

Will the stars align, or is this the final push toward the closure they both sought?

Sexy, brilliant, and suspenseful, I Need You To Love Me is the second book of the compelling I Need You series.

G. FOX (aka Genicious) is a fiction writer & the Queen of cliffhangers. She’s mainly known for her debut romance novel I Need You To Hate Me which is part of the I Need You Series. When she's not writing, working, or studying, you can find her deeply submerged in romance and fantasy novels.

I Need You To Love Me

Be the first one to write a review for the book I Need You To Love Me.