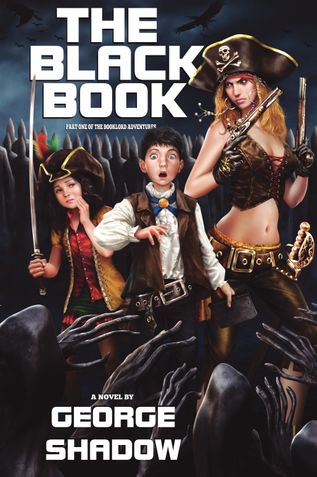 When Matthew Quentin finds an old book in their attic, he doesn’t know he’s about to turn his world upside down. After his classmates and adopted senior sister make fun of him, he angrily writes down every offender’s name in the book, intent on using it as a black book like his British head teacher, who uses one in school to list the names of pupils to be punished. However, something very strange begins to happen in the quiet little suburb of Sleepy Lake after Matthew writes his list. Neighborhood kids start disappearing . . . one by one.

The book Matthew found is an extraordinarily mysterious one fashioned by an unearthly being in 315 A.D. Many have killed and died for it before several unfortunate events landed it in their attic. So, when Matthew eventually writes down his name and his adopted younger sister’s as the book’s owners, they wake up in a tunnel, cold and confused. Matthew realizes they are in France during World War II and what he has done now dawns on him. How on Earth is he going to fix the problem he had unleashed on almost everyone he knows?

The boy and his adopted siblings must swing across space and time with the mysterious book’s help through many historical events, adapting to the various cultures they encounter and dodging unsavory entities eager to seize the book along the way. And when they finally meet a greedy former priest in Napoleon’s 19th century France, whose sole desire is to wield the book as a weapon, the stage is set for a hilariously dramatic showdown of world-shattering proportions! One that has profound implications for the world at large, and might as well save a secretive old man, whose chance rescue could change a small boy’s life forever!

Ukachukwu Chidube George (aka George Shadow) has been writing for almost three years now, although he’s a physiotherapist living in Nigeria. Creativity is his first love, and he has as his motivation for the BOOKLORD ADVENTURES, such titles as the HARRY POTTER Series by J. K. Rowling and THE LORD OF THE RINGS by J. R. R. Tolkien. Such wonderful works of literature are rarely repeated these days, and this was partly the reason for his embarking on the BOOKLORD ADVENTURES SERIES. He has completed a few other romance and fantasy novels and his stories usually take up magic and mystery as themes, with a large dose of history (both real and fantasized) thrown in. He also has some finished short war stories he intends publishing as a book of short battle stories in the future. . . . Titled THE WAR CHEST, this will be a collection of poignant battle tales from around the world.
THE BLACK BOOK is the first part of a fascinating series of six books he has tagged the Booklord Adventures, and is a beautifully written novel filled with very funny scenes. It is suitable for children, teens and even their parents! Thoroughly researched and passionately expressed, this book is a must-have for book collectors and fantasy lovers.

Be the first one to write a review for the book THE BLACK BOOK.

The Warlock of Hymal
N. Bernhardt