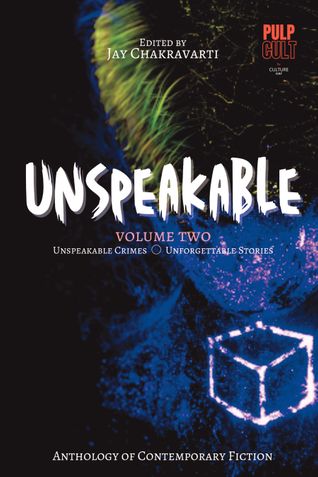 Unspeakable (in two volumes) is a collection of short stories by various authors in multiple genres, centred on or featuring a character who has committed some unspeakable crime.

Sexual predator Chris picks up unassuming women on the ice rinks of New York. His latest mark is an innocent country girl Maryann,

A surgeon who has always wanted to be a chef, develops a deviant obsession as he sets out to win cooking contests with his savoury, macabre dishes!

Profits are dwindling at Stephen's fairground attraction "Professor Awful's Mansion of Madness". Tonight, however, he ropes in an old 'sucker' for a tour.

Eurydice has escaped with a thumb drive that contains info of trafficked girls. A man is determined to retrieve the drive, and hunt Eurydice down!

Be the first one to write a review for the book Unspeakable (VOL. 02) - Anthology of Contemporary Fiction.

The Evil Eye and the Charm
Neil D'Silva