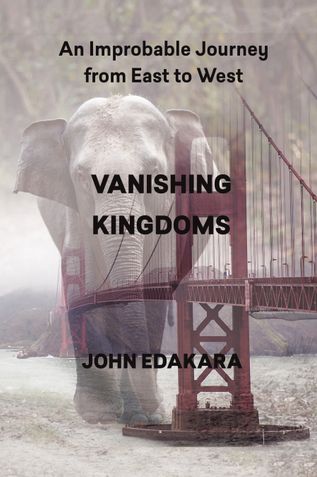 An Improbably Journey from East to West

From childhood in rural India, to priesthood, advanced studies in the US, and social services work in both nations—both in and out of robes—this memoir of life from the 1940s to the 1980s tells a thoughtful and fascinating personal story.

In the early 1930s in India, John Edakara was the first child born to a rural family in the southwest Kingdom of Travancore. His grandfather, father and uncles were farmers in the region, whose heritage traced back more than two centuries in service to a local royal family. There was no reason to expect John would soon live apart from his family, and follow a winding path to America. Yet forces of global economic and political crisis led to WWII, and set a course for his divergent life, when he was five-years-old.

John came of age in the aftermath of war, in a world of epic change. His family moved to a new farm in a far region, taking the youngest children. John and two of his brothers were sent to relatives to attend school. By 1949, as a teen in boarding school, The Kingdom of Travancore vanished as India was being reshaped and shifting boundaries grew wide and layered.

Following a deep sense of guidance, John took a path of study and entered a Jesuit college, focused on educational opportunities. After college, religious study and a desire to serve community led him to a Jesuit seminary, a life in the priesthood, and eventually out of robes, to a career in social services for children.

In this memoir about his improbable journey from East to West, unforeseen events and outcomes beset John. His life story spans the accelerating changes of the 50s, 60s and 70s, offering a personal perspective on these pivotal decades. The vivid details of his life are told with candor, insight and humor. Vanishing Kingdoms is a philosophical and artful storytelling about a life in transition.

Born in rural India before the 1947 partition, John Edakara joined the Jesuits in 1953 and completed studies in Classics, Humanities and Philosophy, before coming to the United States to study Engineering. Ordained as a Jesuit priest in Chicago in 1966, he pursued graduate studies in Social Welfare at UC Berkeley, and remained in California, working with abused and neglected children. He resigned from the priesthood in 1974 and continued his career working in social services on behalf of children, retiring after twenty-three years. He lives in the San Francisco Bay Area, enjoying correspondence and visits with family and friends from around the globe and frequent walks along the bayside nature trails.

Be the first one to write a review for the book Vanishing Kingdoms.