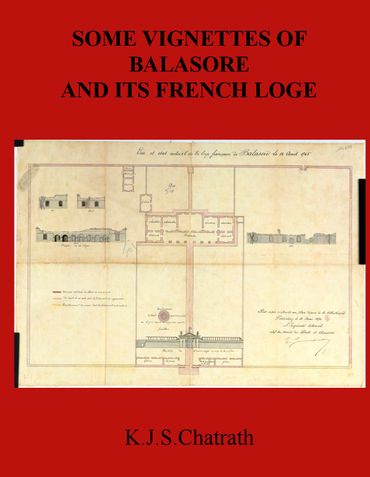 Some Vignettes of Balasore and its French Loge

That France had five colonies in India – Pondicherry, Karaikal, Yanam, Chandernagore, Yanam and Mahe’, is well known. What is not so widely known is that that besides these 5 colonies, they also had tiny territories which they had taken under their control for running trade. These were called “Loges” and were located at Balasore, Surat, Masulipatam, Calicut, Patna and Dacca. The focus of this brief paper is the erstwhile French ‘Loge’ situated in Balasore district of Orissa.

Imagine a small town in 17th century india which had a Foreigners Colony, where the Portugese, the Dutch, the Danes, the French and the British all had their trading houses/factories and residential houses. This was Balasore around 1640-1680. Did we know that the textiles products exported from Balasore to Europe were considered to be of such uniqueness and high quality that muslin handkerchiefs of Balasore became famous as “Balasore Handkerchiefs” and an Englishman set up a factory in England to manufacture ‘Balasore Handkerchiefs’!

Equally fascinating is the information that Balasore was a centre of ship building and ship repair and its people were sought after by the foreign vessels for guiding them through the mouth of the Ganges. So well known was Balasore in the nautical circles around the world that in 1872, a ship built in Glasgow in UK, was christened ‘Balasore’! It is even claimed that the oldest organised Service in India was the Bengal Pilot Service and not the I.C.S. This service used to lead foreign ships from Balasore to Calcutta and vice-versa. And not many know that an Ashram set up in the French Balasore by the ‘satyagrahis’ inspired by Gandhiji and epousing the cause of India’s independence, became a major irritant for the British and a number of letters were exchanged between the British and the French over this issue. One will find details of these and more in this book.

K.J.S.Chatrath retired from the I.A.S. in 2003. He holds a Ph.D. from the University of Paris for his thesis on the ‘Indo-French Diplomatic Relations’. He has authored a number of books – mostly on the France-India interface: ‘The Foreign Policy of France’, ‘India in the Debates of the French Parliament: 1945-1988’, ‘Vers la Lumiere: A Study of the French School System’, ‘France - A Brief Bibliography’, ‘A Glance at France’, ‘The French Collection’ and ‘The Last Post: Inscriptions on French Graves in India’. Presently he is working on his next book on the short biographies of some important Frenchmen who came to India. Besides France, his other interests are travel and trekking. He stays in Panchkula adjoining Chandigarh, and can be contacted at chatrath@gmail.com or through his website: www.europeangravesinindia.com. His blog is http://anaap-shnaap.blogspot.com/.

Some Vignettes of Balasore and its French Loge

Be the first one to write a review for the book Some Vignettes of Balasore and its French Loge.