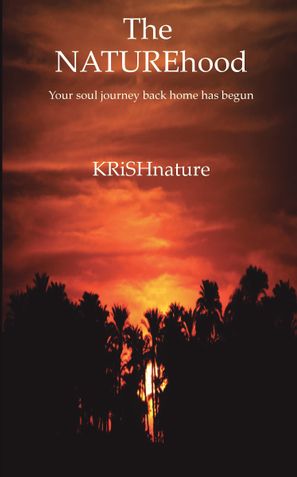 Your soul journey back home has begun

All souls are getting back home where they were all seeded. To that time and space of consciousness, the souls would travel back. Then, Nature was your mother, being in visible form while the father was unseen and experienced as formless being, by voice. Every soul’s consciousness was so high then and with the powerful inner eye, they used to experience the God involuntarily and effortlessly unlike today’s effort involving meditational practices. They had full understanding of mechanics of SOUL and NATURE like The Hero Neo, in the movie, MATRIX.

The SPINNING KRIYA technology of the Nucleus and all divine souls is brought down for you, my dear soul. Nature and the Guru have been following you ever since you were born; you were very secretly taken care and guided to “this moment of reading this text”. Yes, you read this text now, as Nature intended you. When time comes, you are remotely initiated into INVOLUNTARY SPINNING KRIYA.

The technology of INVOLUNTARY KRIYA MEDITATION naturally guides and speeds up the back home journey of all souls.
This book reveals the secret science of Souls and Nature so they can live and evolve fast, in both spiritual and material lives.
While reading this book, you will be energized and initiated into INVOLUNTARY SPINNING KIRYA MEDITATION. You will also have several spiritual experiences while reading this book.

Through whomever you got initiated into Spinning Kriya, you will ultimately have to take the shelter of Naturehood by which only one can reach out to supreme soul.

So are you the future Neo? Mother Nature, The Matrix is waiting for you!

The author, Sree Murali Krishna has been going through several soul transformation processes through, involuntary Spinning In Meditation since his childhood. He has been experiencing, spinning like the vortex of light and sound OM since his birth. He has been going through several cosmic NUCLEUS experiences and other simulation of divine souls, souls from other realms and extraterrestrial beings who support Nature.

Today, many people are getting naturally initiated into Involuntary Spinning Kriya yoga, a path of involuntary spinning in meditation that happens automatically. The fastest kriya yoga is being naturally initiated for the evolution of souls. By soul, he is doing several cosmic related kriyas related to Lord Kalki and Nature along with few others who are in this path.

He has been guided directly by super natural power and Nature in this path. He says “The Golden Age consciousness of souls was lost and souls have gone weak through several lives”. Now time has come for the souls again to gain back their original consciousness through which they can directly feel and interact with the super natural power and Mother Nature. In the golden age, souls consciousness was so powerful that they did not have to practice any meditation and by default they would have such inner eye to perceive the world properly. They lived their lives by depending totally on Mother Nature by following the guidance of Super Natural power.

Along with him, several people who followed this path have experienced Nature, Lord Kalki, many other divine souls and they live by depending on Nature totally. They would not give importance to their individual will and false self. By surrendering to Nature and following the guidance from super natural power, they live their lives. The spinning kriya being the fastest cellular level kriya , it would bring self-realization faster and as part of that process, they would be able to live in tune and communion with Nature.

Krishna went through this process along with his wife and girl child for more than twelve years. As part of his journey, his marriage, birth of his child and material life, all happened as per the guidance of the Nature Prakriti. He says “this is a scientific path of understanding Nature and living comfortably without any problems in life with the guidance of Nature”. Also this is the path of regular family man who is living chaotic life but yet he can follow the spiritual path and live well with the help of Nature and her guidance.

Be the first one to write a review for the book The NATUREhood.

Relics of all Sant Sat Guru of Radhasoami ...
Anurag Mathur