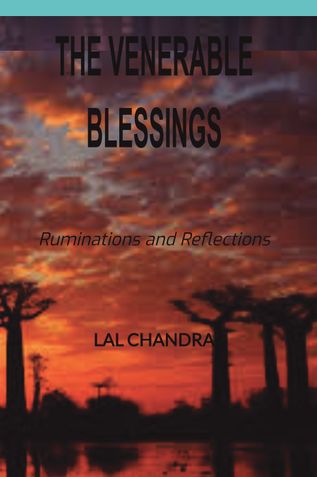 The man is very sensitive and sensible living being. He ruminates, reflects and reacts with the occurrences in his surroundings. He is ever conscious and cautious in refinement of his taste, temper and tools. He is blessed with wonderful imaginative power. He is equipped with marvelous analytical, logical and scientific capacities. He has phenomenon instincts of dream, desire, hope, sympathy, love, hate, marvel, fear, help, smile and cry.

He has fascinating and fantabulous ideas. By his extraordinary and bizarre natural instincts and calibrated thoughtful processes, he mediates in all natural or unnatural happenings around him. He expresses and vents out his superb brains in all issues and matters, explicitly or implicitly affecting his life. By his unique biological and psychological built up, he supersedes the race of dominance and supremacy in all fellow living or non living beings. He learnt from thousands of experimentative failures, modified them, and emerged as the hero and ruler of the planet.
Every moment of human life is full of myriad experiences. Time is taken to be the best teacher. Most often, it is said that “The man learns more from the time and events than the classrooms”. It is also said that “The Time is the best healer”. All such illustrations suffice to say that a man learns the skill of living from the jerks and jolts of time.
Though the Time may appear monstrous some time, yet its bounteous traits and aspects are adorable. If it hurts, it heals too.

The inquisitive man curiously, hungrily and greedily looks towards the objects around him. He touches, tests, tries and tabulates them for the sake of his own craft and convenience. It is truly said that “A burnt child dreads the fire”. Each and every moment of one’s life has limitless lessons of life. By the method of trials and errors, the man keeps on moving to the infinity of development and dominance. It’s worth mentioning that ‘The time favors the brave”. In another way it can also be said “Time helps those who help themselves”.

In the eye of above sayings, it is quite implicit to say that the bounty of time is boundless.

The book emphatically advocates the unfathomable benevolence of the Time to human beings. The Time has calibrated the man to rule the planet. The man’s mastery over all the animate and inanimate things of the world could have been possible only because of magnanimity and benevolence of each moment of his life.

The book ‘THE VENERABLE BLESSINGS OF TIME-The Ruminations and Reflections’ is the outcome of an intended outburst on scenes and circumstances of life. Along with the clean and crystal water in the deep river, there also flow the filthy objects beneath and bottom to it. That vitrifies the purity and divinity of water and makes it undrinkable. The book is an attempt to purify the evils which are highly pervading in our life and rotting it.

Although there are mammoth and mountainous complications and complexities in our life, and to abolish away such miseries and misfortunes forever is a mere day dream, yet the most frequented and generally observed situations are focused and highlighted, and all possible facts and figures are presented and opined with all verity and integrity.

As the famous saying says ‘Many men, many minds’, so the opinions and views are boundless and unlimited in the world. This does not stand for contradiction or criticism of any one’s theories and methodologies, rather it is an honest expression uninflected by any sectarianism or pantheism.
*********

The author is a teacher by profession and a writer by passion.

Be the first one to write a review for the book THE VENERABLE BLESSINGS.