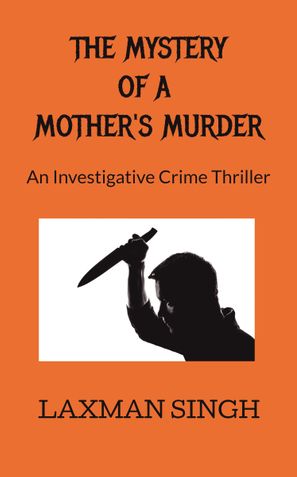 The Mystery of a Mother's Murder

Suraj Mishra is a young brilliant student, a loyal lover, an obedient son & a lovable friend. His mother Shakuntala Mishra has been murdered(sacrificed). Earlier, both of them loved each other extremely but lately, both hated each other. Suraj is one of the prime suspects of his mother’s murder. Everyone, even his two elder brothers, believe that he killed his mother for his lover. Other 4 suspects are - A lady Sub Inspector; An Occultist; Her neighbor Bhola & Suraj’s friend, Chandru. Everyone had strong reasons to murder her. Sub Inspector Alok Kumar is a genius. He could have solved the case immediately but Inspector Paswan, to show his seniority, keeps him aloof from this case. Thereafter, a series of murders take place. Shakuntala Mishra’s daughter-in-law is murdered. Even a police officer investigating this case is murdered. When Inspector Paswan fails to solve the case, Alok gets the case. When Alok unravels the mystery everyone is horrified, shocked and stunned.

Laxman Singh began writing short stories when he was in School. His first story was a suspense thriller. He wrote several Detective Stories and Detective Series, issue-based social stories & Essays for National Level magazines during his College life. He had also participated in the Essay Writing Contest by COMPETITION SUCCESS REVIEW and had won a commendable certificate for his essay. His first Novel titled as ‘The Murder Mystery of Sixteen Hours’, an Investigative Crime Thriller, was published during his College life. His stories are full of social messages, entertainment, thrills & suspense. And his detectives are full of moral values and solve the cases very brilliantly.

He has written 4000+ articles for different websites. He has written several stories against corruption, smoking, drug addiction, and superstition which were highly praised. He dreams of a crime free society.

Laxman Singh, born and brought up in Dhanbad, is a bachelor, and currently lives in Mumbai with his family..

Laxman Singh’s biography can be read at the link given below:
https://www.imdb.com/name/nm4471499/

Laxman Singh can be contacted at rklaxman4@gmail.com

The Mystery of a Mother's Murder

Be the first one to write a review for the book The Mystery of a Mother's Murder.