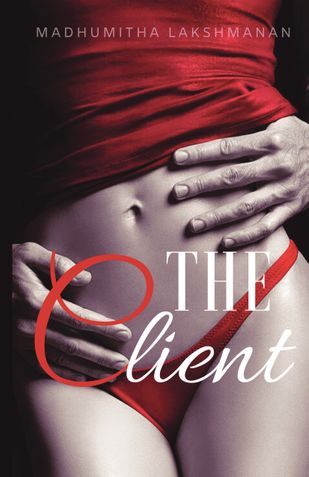 Mehr Dubey expected nothing but betrayal, deception and disloyalty from men. Sold into prostitution as a child by her stepfather, she breathed keeping the hatred alive in her. She was raped, assaulted, and treated as a commodity by hundreds of men, but what was she to expect in return? Money, just money. Every time she was fucked, she lost a part of herself to those men who used her mercilessly. She was soulless. She didn't know how to care or how to love. She was only trained to sleep with those men who came to her for the night.

She was going to fuck a countless number of clients until she repaid her stepfather's debts.  Then she would flee from the brothel where she was held captive for years. She had her life all mapped out  until she was booked for the night by 'The Client'- Abhimanyu Raghavan, the Vice-captain of the Indian Cricket Team. He was filthy rich with impeccable taste in women.He lived life on the edge- fast, hard, and without protection.He was calculative, incapable of remorse. He demanded her soul, her body.

He was thawing her frozen heart, her resistance was crumbling down. Was Mehr playing with fire while she was warming his bed night after night? Was he going to stab her in the heart like every other man in her life? After all, the Vice-captain of the Indian Cricket Team would want nothing to do with a prostitute, or would he?

MADHUMITHA lAKSHMANAN was born in TamilNadu in 1995. She did her schooling in Chennai. She took up Chartered Accountancy and dropped out of it to pursue her passion for writing. She graduated from Christ University, Bangalore with a degree in Bachelor of Commerce. When she's not writing, she's probably reading. Her debut novel -I'm all Yours is a bestseller. She writes serialized novels on various platforms, and it has crossed over a million reads.

Be the first one to write a review for the book The Client.

Heart Beats For You
Purpleorchards