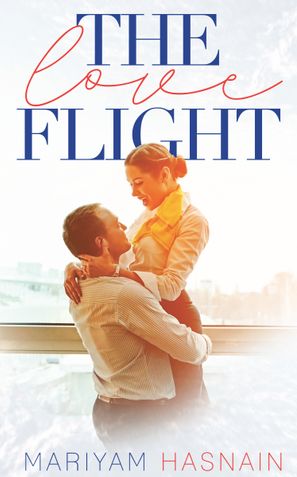 Twenty-one-year-old Esha Diwan has one of the most glamorous jobs on the planet. That of an air hostess.

But it’s hard work and not everyone’s cup of tea to work with the performance-oriented—Pan India Airlines.

Esha has no time to think anything beyond performing well and giving her best to the job she likes so much.

Is it her career that will keep this pretty Pan India air hostess allured all the time? Or do you think there's a chance that Esha will open her heart to other beautiful things of life.

What happens when a familiar male figure lurks in the cabin and takes Esha's breath away?

Would Esha give herself into the delicious distraction the handsome traveller is offering right on-board?

Or would she keep her guard on keeping Arjun Raghuvanshi away from shifting her world once again.

Has Esha ever had a thing for Arjun?
Has she ever crushed on Arjun?

And what about Arjun,
What does he think about the charming air hostess who once happened to be his neighbour?
The one who is years younger than him.
The one who was so tender and sweet back then he couldn’t help but to feel protective about her (like his own sister).

An unconventional love story with a devastatingly handsome hero, dark family secrets, an in-flight affair, and a thrilling conclusion awaits you...

Mariyam Hasnain lives in the Garden City of Bangalore, India with her husband and son. She writes both sweet and clean contemporary romance as well as dark and steamy passionate romance. Her engaging plots portray strong independent women and rugged alpha men who beat the predictable, display deep emotions and courageously overcome extraordinary circumstances.

Discover the intriguing and unusual side of romance with her bestselling books! (You will always want to read more...)

You can find me at:

Be the first one to write a review for the book The Love Flight.

You Are Fired! How to Save Job and ...
Muqbil Ahmar

About A Girl
Tony Nesca