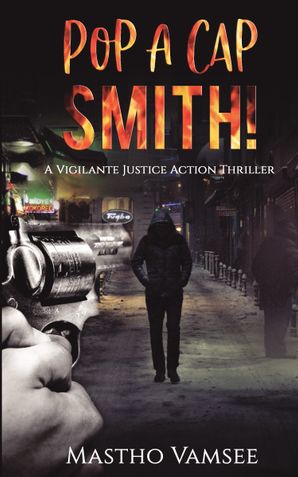 "Who killed the dog?" he asked.
The force of his crackling voice sounding like a whiplash in the narrow lane...

They got him angry. Terribly angry.
Unfortunately for them, they disturbed the wrong man.

A dreaded legend turns a musician for the sake of his lost love. But what his wrath would bring upon criminal minds with twisted political interests would be history.

“As the chopper leveled itself to face the treetop, the man in the chopper stared, his mouth agape… On a sturdy branch sat a tall figure in an olive hoodie, playing on the guitar... And then, all hell broke loose...”

Can a villain have a noble mission for Mother Earth?
Will a senator be on time to reveal her unparalleled discovery? How would his life change, when a hopeless hooligan meets his hero? What happens when a despicable psycho assassin meets his match?

Since his childhood, Mastho had been a misfit
with the society around him… against organisational
framework and fetters. Unlike others of his age,
he had been a popular artist on the stage at a very young age.

From being an atheist, Mastho turned a seeker at the age of 15, a complete
180-degree turn. In his life journey filled with extreme
opposites, several Masters have guided him in highly
esoteric Eastern methods, secret knowledge and practices.
Mastho is an author, a double MBA, a popular
radio presenter, a movie artist, a television series director,
music composer, lyricist, singer, script writer, Reiki healer,
a Kundalini Yogi, Mantra Yogi, Kriya Practitionar, Osho
Sansayin, a popular voice artist and a successful trainer.
He is married to his childhood love. He lives in
Hyderabad in India, in a joint family with wife, two
beautiful daughters, his brother and his family, and his
parents. Mastho left a corporate career for the adventurous
life of a freelance professional.

Be the first one to write a review for the book POP A CAP SMITH!.