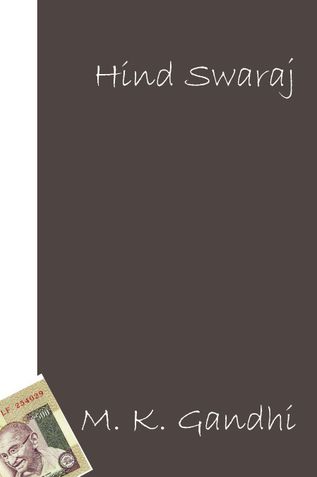 Unique in its conception and beautifully successful in its execution is the Special Swaraj Number of the Aryan Path. It owes its appearance mainly to the devoted labours of that gifted sister Shrimati SophiaWadia who sent copies of Hind Swaraj or Indian Home Rule to numerous friends abroad and invited the most prominent of them to express their views on the book and seen in it the hope for future India, but she wanted the European thinkers and writers to say that it had in it the potency to help even Europe out of its chaos, and therefore she thought of this plan. The result is remarkable. The special number contains articles by Professor Soddy, G. D. H. Cole, C. Delisle Burns, John Middleton Murry, J. D. Beresford, Hugh Fausset, Claude Houghton, Gerald Heard and Irene Rathbone. Some of these are of course well-known pacifists and socialists. One wonders what the number would have been like, if it had included in it articles by non-pacifist and non-socialist writers! The articles are so arranged “that adverse criticisms and objections raised in earlier articles are mostly answered in subsequent ones”. But there are one or two criticisms which have been made practically by all the writers, and it would be worth while considering them here.

There are certain things which it would be well to recognize at once. Thus Professor Soddy remarks that, having just returned from a visit to India, he saw little outwardly to suggest that the doctrine inculcated in the book had attainted any considerable measure of success. That is quite true. Equally true is Mr. G. D. H. Cole’s remark that though Gandhiji’s is “as near as a man can be to Swaraj in a purely personal sense, he has never solved, to his own satisfaction, the other problem — that of finding terms of collaboration that could span the gulf between man and man, between acting alone and helping others to act in accordance with their lights, which involves acting with them and as one of them — being at once one’s self and someone else, someone one’s self can and must regard and criticize and attempt to value.” Also as John Middleton Murry says, “the efficacy of non-violence is quickly exhausted when used as a mere technique of political pressure”, — when the question arises, “Is non-violence faute de mieux, really non-violence at all?” But the whole process is one of endless evolution. In working for the end, man also works for perfecting the means. The principle of non-violence and love was enunciated by Buddha and Christ centuries ago. It has been applied through these centuries by individual people with success on small clear-cut issues. As it has been recognized, and as Gerald Heard has pointed out, “the world-wide and age-long interest of Mr. Gandhi’s experiment lies in the fact that he has attempted to make the method work in what may be called the wholesale or national scale.” The difficulties of that application are obvious, but Gandhiji trusts that they are not insurmountable. The experiment seemed impossible in India in 1921 and had to be abandoned, but what was then impossible became possible in 1930. Even now the question often arises: “What is a non-violent means?” It will take long practice to standardize the meaning and content of this term. But the means thereof is self-purification and more self-purification. What Western thinkers often lose sight of is that the fundamental condition of non-violence is love, and pure unselfish love is impossible without unsullied purity of mind and body.

Be the first one to write a review for the book Hind Swaraj.