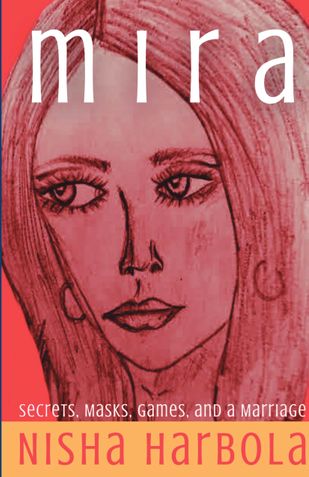 Secrets, Masks, Games, and a Marriage

When Mira was making strides in the corporate jungle, five leaps at a time, and married Mumbai’s up-and-coming artist Kabir, she thought she had aced it all. From a suppressed and unappreciated girl in a quaint village in the hills to become a celebrated business executive, her invincibility made her feel her missteps in marriage won’t have repercussions. Over the last twenty years, while Mira has aced the boardroom discussions, her relationships are in a complete mess.

A middle-aged woman now, Mira has spent a decade steeped in guilt, in the hope that one day her husband will forgive her mistakes from their past. Some of those mistakes were her doing, while some others found her head to blame. On their twentieth wedding anniversary, Mira and Kabir are celebrating because their social face needs them to. They are celebrating also because deep within, neither have abandoned hope.

It's when they think their relationship had hit rock bottom, it takes their worst grief to shatter all that is left of their peace. Will they be able to revive the hope or will this pain be the final nail in their relationship’s coffin?

Nisha is a multi-genre writer. She is the author of the suspense novel - ENCHANTED FRANGIPANIS - and a story on modern relationships - MIRA. She also writes blogs and short stories, most of which are published on her website - www.nishaharbola.com.

Nisha was born and raised in New Delhi, India. She completed her Graduation in Commerce and Post Graduation in Human Resource Management from the University of Delhi.

She has had over a decade long journey with the corporate sector. You will now find her staring at her laptop, lost in her make-believe world. She prefers to call it writing.

Be the first one to write a review for the book Mira.