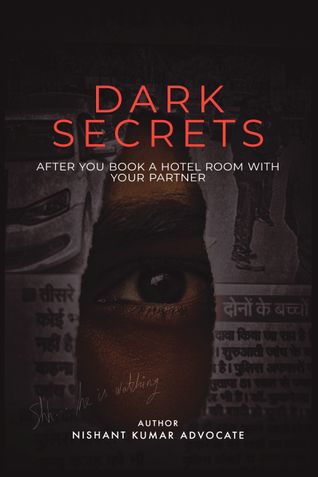 DARK SECRETS- AFTER YOU BOOK A HOTEL ROOM WITH YOUR PARTNER

Many well-known newspapers of India reported that hotel owners put hidden/spy cameras in rooms of guests in order to capture their nude videos. And after capturing your nude videos they start blackmailing you for money and they also blackmail your girl to have sex with them as and when they want. After few months of sex with your girl and blackmailing you financially, they circulate those videos on their personal WhatsApp & Telegram groups with their own people.

Now, those people start blackmailing you for money and blackmail your girl to have sex with them as and when they want. They call your girl at their home or hotel rooms and it is an unending cycle and an infinite loop of blackmailing.

Don’t fall in the “5 STAR Ratings” trap. Even hotels with amazing ratings & reviews do illegal things behind the curtain. Also don’t assume that if a hotel is in a prime location or charging high, the hotel owner or staff is innocent.

But the important thing to analyze here is why rich, powerful & politically strong hotel owners of India are absolutely afraid & terrified of their guests who are lawyers/advocates? And why now hotel owners will also afraid from doing any bad to you?
It’s because of those secret & vicious principles of Criminal Jurisprudence which instantly allows you as a guest to dominate & send Jail even to the most powerful & politically strong hotel owner. As a man it’s your responsibility to protect your girl in this world, where every other man is having lusty eyes on your girl.

Hotel Staff will try everything to destroy evidence but if you follow the steps given in this book, the fight is over & you have already won the battle.

You too can learn these principles of Criminal Jurisprudence. And the best part is you don’t need to be an advocate or lawyer to learn these.

Also you don’t need to study bulky books as this system is developed by author after 6 years of research on Criminal Laws of India. The amazing part is that you can learn these principles overnight.

Mr. Nishant Kumar is an Advocate, expert in Criminal Law and also popular as “Indian Guardian” among people. He established his YouTube channel namely “Indian Guardian” in December 2016. It was an initiative by the author to provide free legal help to the people who cannot afford lawyers. The main aim of this social revolution is to provide legal aid to all the weaker sections of the society.

Author is an advocate who achieved a lot of success in his legal career in a very short span. Initially, I started he legal career with civil/property cases and later on gained popularity in bail matter and criminal cases. His specialty is in dealing effectively with police departments and matters related to it.

Author is at the position where many advocates who possess 10-15+ years of experience than author consult him in the first place and thereafter proceed with their own legal matters.

DARK SECRETS- AFTER YOU BOOK A HOTEL ROOM WITH YOUR PARTNER

Be the first one to write a review for the book DARK SECRETS- AFTER YOU BOOK A HOTEL ROOM WITH YOUR PARTNER.

Other Books in Law, Sex & Relationships

The book of laws
Shubhankar Paul