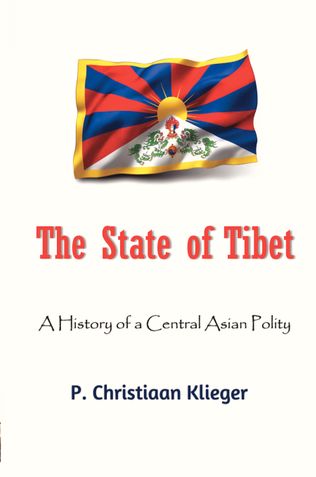 The State of Tibet

A History of a Central Asian Polity

This unique book examines the history of the polity of Tibet, from its formation in the Iron Age, to its contemporary challenges such as the continual occupation of the country by China, the self-immolation protests, and the Shugden controversy bedeviling the current Dalai Lama. The success of the global “Free Tibet” movement suggests that the idea of the State of Tibet may be inherently transnational rather than territorial based.

The history of Tibet has long fascinated the world, and the present controversy about its future— will it be (again) an independent nation or part of China?—only makes it more interesting. Is the transnational Tibetan movement—a “Tibet outside of Tibet”—a viable expression of self-determination? How will the succession of the aging and revered Dalai Lama affect Tibet and the world? Will China’s leadership continue to be intransigent on the “Tibetan question”? These are some of the questions examined in this work, a study of legitimacy and nationalism in the still-evolving Tibetan state.

Tibet was a fully independent country for most of its existence: In 1249 it became a territory of the Mongol Empire of Chinggis Khan, but never became a part of the China region that was annexed by his grandson Kublai Khan in 1279. Tibet reclaimed its independence from the Mongols in 1349, China in 1368. Despite Ming propaganda stating otherwise, Tibet functioned as a completely independent state until the Manchus who formed the Qing dynasty over China began to exert its influence, mostly through the appointment of high commissioners (amban) and trying to control the authorization of titles and the discovery of re-incarnated lamas. However, by 1840, the Qing dynasty was weakening its grip, and Tibet began to resume its independent course. Except for a brief period of occupation by provincial Sichuan troops in the last years of the Manchu Imperium (1909-1911) when the Thirteenth Dalai Lama sought exile in India, the Tibetan government exercised effective control over Tibet as an independent state. It extended mutual recognition with newly-independent Mongolia (1914). Tibet remained independent until communist China invaded it in 1950.

Sir Paul Christiaan Klieger is a veteran Tibetologist who has analysed the complex dynamics of Tibetan nationalism throughout its history. Trained primarily as an anthropologist, Dr. Klieger has also written extensively on Hawaiian history, most recently a biography of King Kamehameha III. Among his other books on nationalism, Klieger is the author of The Microstates of Europe. He currently divides his time between Bali and Norway, having lived in Hawai’i most of his life. He has done extensive fieldwork in Tibet, Nepal, India, Myanmar, Polynesia, Europe, and Western United States.

The State of Tibet

Be the first one to write a review for the book The State of Tibet.

The Glimpses Of India
Durga Prasad