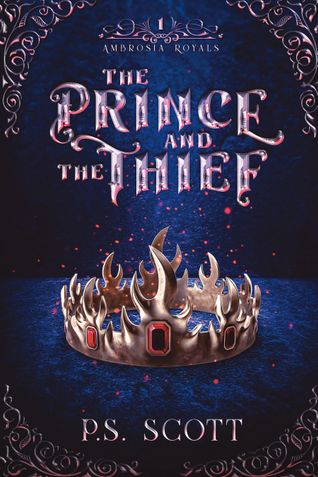 The Prince and the Thief

“The Prince and the Thief is an entertaining read with an intriguing plot and realistic dialogues.” —Reader’s Favorite Reviews

“A great book with a great plot and suspense.” —Danial, Goodreads Reviewer

Will is a street-smart jewel thief with only one goal in life — to be rich. That's why when Prince Aidan catches him during a robbery, he strikes a bargain that will not just save his neck but leave him three thousand leones richer.

Prince Aidan walks the thin line between duty and desire every day. His forbidden attraction to men is about to be exposed now that his uncle is in possession of his old love letters. Desperate to get himself out of the messy situation, he hires Will, not expecting a simple robbery to turn into something more.

Thrust into a world of thievery, magic, and jewels, Aidan and Will find themselves caught in a lethal web of political intrigue as they discover explosive secrets from decades ago. But it is their growing attraction to each other that might prove to be the greatest danger of them all.

P.S. Scott first started writing at seven and hasn’t looked back. An unabashed optimist, anime lover and true believer in the power of chocolate, P.S. now writes books that transport her to faraway lands of imagination and magic and shares them with other dreamers.

The Prince and the Thief

Be the first one to write a review for the book The Prince and the Thief.