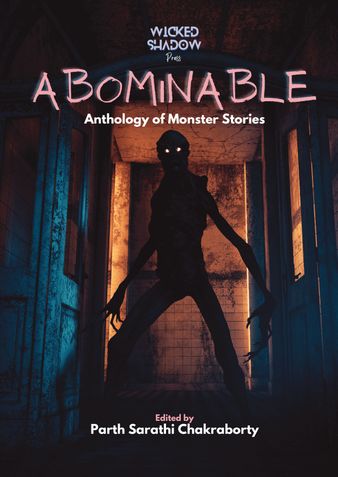 Monsters - the stuff of legends, the stuff of nightmares, the entity in children's bedtime tales that scares them to sleep.

Monsters can come in many shades and sizes. Sometimes, they are a creature so alien to us that our fear of the unknown is activated instantly and we are overwhelmed by what stands in front us. At other times, however, they can be infinitesimal anomalies in objects that are familiar too us, until that anomaly triggers the creature's abominable avatar.

Dig into ABOMINABLE - Wicked Shadow Press' monstrous anthology of monster fiction, featuring 36 stories written by 36 authors from around the globe!

We wish you a scary good time as you sit down to read this truly special anthology.

Authors featured in this anthology are:

Parth Sarathi Chakraborty is the chief editor of Wicked Shadow Press.
Rasiika Sen is the associate editor of 'Abominable'

Be the first one to write a review for the book Abominable - Anthology of Monster Stories.