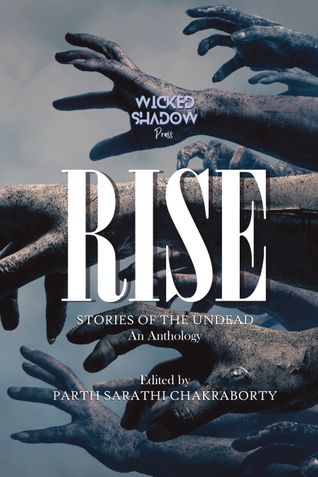 Stories of the Undead

Hugh has discovered four unmarked graves with skeletons, each of whom has a gold coin lodged between their teeth. What are the mystery of these ancient dead?

Bonnie is saved by the good samaritan Andy from a horde of zombies. Andy invites Bonnie to join him and his wife Meg for dinner. What can go wrong?

30 CE. Jerusalem. Josephus has been assigned the duty of spying on an up and coming cult leader, who is crucified and then comes back from the dead!

Even though vocal critics of the genre keeps saying that the golden age of zombies is in the past, what with the plethora of literature, movies and shows on the subject, the immense variety of stories that we received while selecting tales for this anthology have proven beyond a shadow of the doubt how vastly rich this sub-genre of horror is, and how many stories may yet to be told on the fascinating subject of zombies, or more precisely, the “undead”.

Feast your senses as our authors traverse the corridors of love, revenge, hatred, spirituality and more in this rollercoaster ride of an anthology from Wicked Shadows Press!

Authors featured in this anthology are:

Parth Sarathi Chakraborty is an ardent admirer of everything horror and macabre! He is the founding editor of Wicked Shadow Press

Be the first one to write a review for the book RISE.

Stories from Beyond the Veil
Shweta Iyer