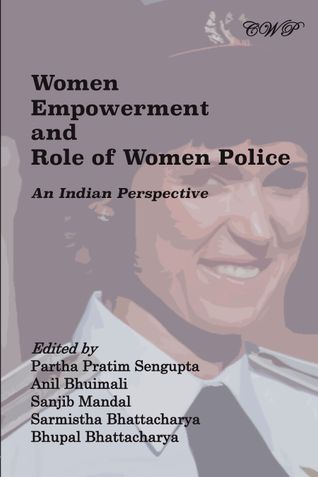 A focus on the role of women in countries, especially in crisis and post- crisis situations, is very much needed while reviewing the progress toward gender equality and women's empowerment. The ongoing financial and economic crisis has also sparked widespread concern about its effect on such development goals.

In spite of the growing recognition both nationally and internationally, women and girls continue to face discrimination based on their gender. An immediate action is needed to strengthen political commitment to reform the discriminatory laws and policies which have existed for generations. The women's efforts at home and at work are critical for enhancing food security and community resilience. The inclusion of women in the police force aims to strike a balance between providing safety and law enforcement while still safeguarding people's civil rights and liberties.

Most of the early literature on policing, including textbooks, are based on police administration highlighting the issues of the 1950s, 1960s and 1970s. However, the field's focus has changed since then. The reformers are now focused on racial profiling, community relations, police discretion and use of force by police, among other concerns. Today's police conduct is better controlled than in the past, particularly since women began joining the force. More than ever before, police departments have become more diverse and inclusive.

This book focuses on the various aspects associated with women empowerment and role of women police. The efforts made by the governments and constitutional bodies towards achieving the goal of women empowerment have been highlighted, in Indian perspective.

Prof. Partha Pratim Sengupta is Professor of Economics and Head at the Department of Humanities and Social Sciences, National Institute of Technology Durgapur, India. He has been teaching at the institute for thirty-five years, out of which twenty years were devoted to teaching at PG level and research. More than twenty students have been awarded doctorate degree under the supervision of Prof. Sengupta. He has published more than one hundred research papers in national and international peer reviewed journals. He has been invited to deliver lectures at several conferences in India and abroad. He has also contributed chapters to edited volumes and has received several national and international academic awards. His areas of research interest include international economics, business economics, development economics and entrepreneurship management.

Prof. Anil Bhuimali, Ph.D., D.Litt., D.S.A., is the first Vice-Chancellor of Raiganj University, West Bengal, India and a former Professor of Economics, University of North Bengal, West Bengal, India. Born in a very small and poverty-stricken village in South Dinajpur of West Bengal and overcoming all hurdles in life, Prof. Bhuimali is an excellent academician of international repute today. He has taught and lectured at universities and institutes all over India and different countries across the globe. Prof. Bhuimali has to his credit over 50 monographs and edited-compilations and around 150 research-essays/articles. His areas of concentration are microeconomics, gender economics, international economics, rural economics, Dalit studies, Gandhian economics, development economics, IT policies & management, etc. Due to his profound eagerness in social-reforming, Prof. Bhuimali is presently involved in diverse humanitarian projects throughout West Bengal as well as India. He is a winner of several international and national awards. He was conferred the prestigious ‘Banga Ratna Award’ in 2016 by Government of West Bengal, India.

Sarmistha Bhattacharya is presently associated in the capacity of Assistant Professor at Department of Social Work, Law College Durgapur, India. She has around 7 years of teaching and administrative experience, besides 3 years of industrial experience. She has published scholarly articles in many prominent national and international journals and has edited two book volumes. She has obtained her BA, LL.B., MSW and is at the last phase of her Ph.D. from NIT Durgapur, India.

Dr. Sanjib Mandal is presently associated with the Department of Economics, Raiganj University, India in the capacity of Associate Professor. He is in active teaching profession for last two decades. He has executed administrative responsibility as Head of the Department of Economics at Sikkim Government College, Gangtok, India for more than a decade and has also acted as Chairman/Member of various Administrative/Technical Committees of Raiganj University. He has published a number of research papers and articles in various books and journals of repute. Dr. Mandal has been actively supervising M.Phil. and Ph.D. scholars at Department of Economics, Raiganj University. He was a member of Board of State Level Advisory Committee, MSME-DI Gangtok, Sikkim from 2012 to 2013. He has also func- tioned as a Coordinator of ASER (Annual Status of Education Report) Centre for the East District of Sikkim from 2009 to 2014 for ASER Study conducted in India. Dr. Mandal has also acted as an Editor of Annual Report (2018-19) of Raiganj University. He has participated in various national and international seminars, conferences and workshops. His areas of special interests include development economics, applied econometrics and policy research.

Dr. Bhupal Bhattacharya is presently associated with Department of Law, Raiganj University, West Bengal, India as an Assistant Professor. He has around 10 years of academic experience in different institutions including QS Ranked Banasthali Vidyapith (Deemed to be University) as an Associate Professor, Amity University Kolkata as Assistant Professor-III, Amity University Mumbai as Assistant Professor- II, NIT Durgapur as Adjunct Faculty and Law College Durgapur as Assistant Professor, in addition to 3 years of industrial and court experience. His academic qualifications include Ph.D. in Law, LL.M, MSW and B.Com (Hons.). He is in the editorial boards of many international and national journals. He has to his credit four edited books and one authored textbook on direct and indirect taxes, along with 37 scholarly research articles published in highly acclaimed international and national journals. He has chaired many international and national conferences and has also been invited as keynote speaker in many events.

Be the first one to write a review for the book Women Empowerment and Role of Women Police.

Millions of Jobs - Possible or Not? (Paperback)
A.V. Varadharajan

FOR THE BETTERMENT OF MANKIND!
TK RAMCHAND