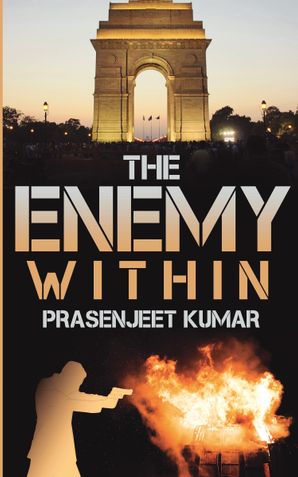 The Enemy Within: A gripping, fast paced, espionage thriller that will keep you awake at night.

Indian Army Major Akhil Thapar, now on deputation to R&AW, is tasked to infiltrate a ruthless module of the ISIS terrorists in India.

The aim: To find out what they are planning and to sabotage that.

The challenge: Can you do that without knowing your enemy from within?

In parallel, his wife Amrita Arora, a TV journalist with SDTV, senses something is not right in her workplace. Some journalists have died under mysterious circumstances. Their distraught family members suspect the enemy from within.

Things heat up when the government accuses her news channel of being a money laundering conduit. Of what??? For whom? And for what purpose?

Follow Major Akhil Thapar and Amrita Arora as they both embark on their own perilous journeys to reach the bottom of the truth.

And be prepared to be shocked when their missions converge.

Prasenjeet Kumar is the author/co-author of over 30 books in four genres: Fiction, motivational books for introverts (the Quiet Phoenix series), books on Self-Publishing (Self-Publishing WITHOUT SPENDING A DIME series) and cookbooks (Cooking In A Jiffy series). His books (55 titles so far) have been translated into French, German, Italian, Japanese, Spanish, and Portuguese, and sell in over 50 countries.

Prasenjeet is the self-taught designer, writer, editor and proud owner of the website www.cookinginajiffy.com which he has dedicated to his mother. He also runs another website www.publishwithprasen.com where he shares tips about writing and self-publishing.

Be the first one to write a review for the book The Enemy Within.

A Tale Of A Confused Mind
Indranil Dutta