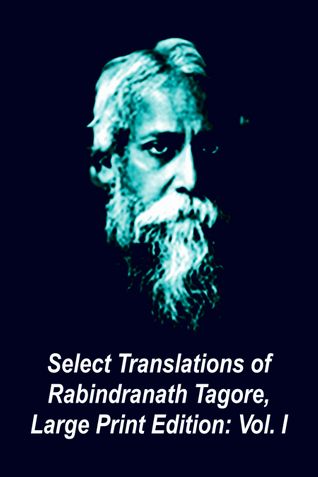 This book titled Select Translations of Rabindranath Tagore: Vol. I contains five of the best short stories written by Rabindranath Tagore and a play, all translated into American English. This is also the LARGE PRINT edition of the book for readers with partial visual impairment. A physically smaller standard edition of this book is also available at http://pothi.com/pothi/node/177595. It was featured on Pothi.com for a fortnight from Mon 20 May 2013 to Mon 03 Jun 2013. The play and four of the five stories have already received the highest possible rating with rave reviews at Amazon, UK while the last story, Clouds and Sunshine has been translated very recently. The other stories in this compilation of translations are Finally, Haimanti: Of Autumn, One Night and Missing My Bejeweled, while the play is titled The Crown. A word of caution: the views expressed by the characters of 'Missing My Bejeweled' or any other work should not be equated with those of the author.

Be the first one to write a review for the book Select Translations of Rabindranath Tagore, Large Print Edition: Volume I.

My love in morning light in india
MADHU SHRIVASTAVA