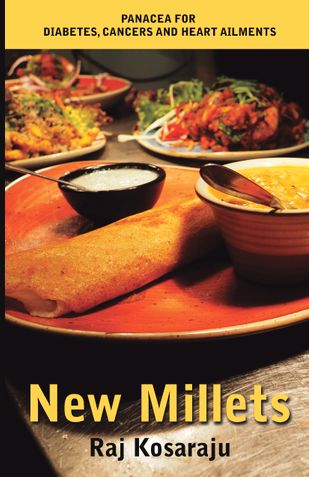 Cereal dependence on the post-Green Revolution and the current inactive lifestyle of people have increased health-related diseases such as obesity, diabetes, coronary heart disease, abdominal pain, and the risk of colon, breast, and esophageal cancer. The only way to combat this is to introduce nutritious millet into our daily diet. Millet is unique for its richness in dietary fiber, antioxidants, minerals, phytochemicals, polyphenols, and egg whites; which serves as an elixir in the fight against health-related diseases. The recent global phenomenon of climate change has led to a reduction in the yield of large basic cereals and the pathways needed to introduce millet into the agricultural production system in order to create a climate-sustainable crop system. efficiency, short duration, higher dry matter production capacity, and high resistance to heat and drought.

In addition, millet plays an important role in cleaning the body's lymphatic system and fighting throat, blood, pancreatic, and brain cancer. It is considered an ancient grain used for human consumption and raising livestock and birds. Although, it is very small compared to other small millets (Kodo and finger miles). Fermented millet acts as a natural probiotic, providing live microbes that benefit your health.

Today, India is the top millet producer and consumer in the world with Rajasthan as the top millet producer in the country, followed by Karnataka. The most interesting part of the millet ranking is that in March of this year the United Nations declared 2023 the "International Year of the Millets". The resolution at the UN General Assembly was proposed by India and the Union Ministry of Agriculture is already busy planning its campaign.

As CIO of Maxil Technology Solutions, Inc., Mr. Kosaraju has been instrumental in shaping the growth of this rapidly growing information technology firm, which ranked 148 on the 2005 Deloitte Technology and also Inc 500, a ranking of the 500 fastest growing technology companies in North America. Mr. Kosaraju works closely with Maxil’s offshore development partners in overseeing project planning and the software solutions delivery management practice.

• Won the Prestigious Alfred C Sloan Award for Workplace Excellence
for the Chicago region in 2006.

Was one of the Nominees for the 20th Ernst & Young Entrepreneur awards program (Lake Michigan area) in June 2006.

(Nominations and awards are given each year to entrepreneurs in over 100 cities and 35 countries who have demonstrated excellence and extraordinary success in such areas as innovation, financial performance, and personal commitment to their businesses and communities)

Showing 1 out of 1
ashwinkosarajuuni 1 month ago

Loved the book and reading about the benefits of Millets. Kudos to the author