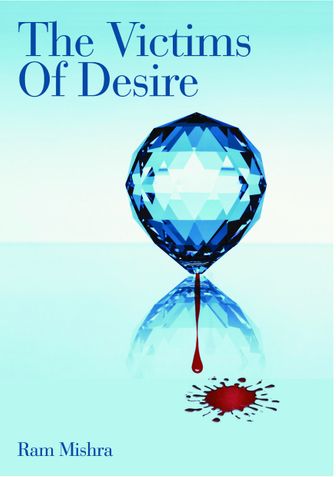 The Victims Of Desire

A man’s desires are like ripples on water, they never cease to enlarge.

In the year 1808, a precious 280 carat diamond gets stolen from an ancient Kali temple in Rajasthan, India. Two Hundred years later, in the year 2008, the diamond resurfaces in Australia. The Diamond is presently worth a staggering Ten Million Dollars. It is currently owned by a cunning millionaire, Alexander Fox, the powerful owner of Fox Ammunitions Inc, one of the biggest weapons manufacturing company in Australia.
Fox has kept the diamond in his ancestral mansion in Dubbo, Australia, where the diamond lies in a safety vault placed inside a secret underground room which is secured by a centralized computer security system and is constantly guarded by armed security guards. To steal the diamond from Fox’s ancestral mansion, KK Raina, assembles a team consisting of Ira Handrich, an amazingly beautiful computer hacker; Siddhanth Roy, an ex-Indian Air Force pilot, simultaneously battling the global economic downturn and fate to save his dying daughter; Harry D’Cruz, a brilliant safe cracker whose dreams were shattered during the 26/11 terrorist attacks in India; and Karan Singh, the inside man. The team travels to Australia in order to pull off the heist. The scene is set for an extraordinary adventure which elicits everyone’s obscurest desires.

Ram Mishra is a software professional based in Hyderabad, India. He is an avid reader and often expresses his thoughts on his blog "Ram's Gulch" (http://rammishra8.blogspot.com/). Writing is his hobby and he has stepped into the professional writing world with his first book: "The Victims Of Desire"; a crime thriller, an extremely popular genre.

The Victims Of Desire

Be the first one to write a review for the book The Victims Of Desire.

No. 7: The Date
Nandita Banerjee