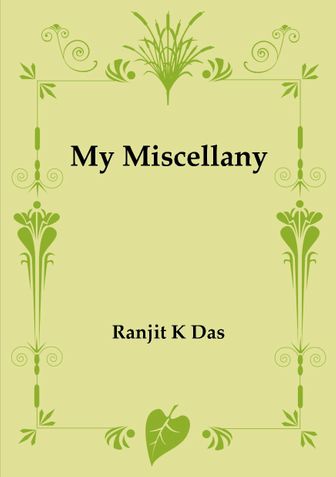 Any of my creation, no matter however great it may be, cannot be greater than me and therefore it enables me to see my creation in totality and I enjoy looking at it again and again, develop obsession with it and it remains my dearest among all.

Similarly, God having created this world, He also loves to visit all the places created by Him and earth is one of His cosmic pilgrimage spots. He is infinite being. As infinite division of infinite would always be infinite, every one of us being cast in the image of Him is essentially an infinite being – maybe an infinitesimal particle of Him, but appears to be a finite being because of the clayey apparel worn which is necessary to make our journey on earth compatible with its physical environment.

Every pilgrim owes a moral responsibility to all other pilgrims in making each other’s journey light, enjoyable and full of sweet memories and the entire gamut of world literature which is essentially the travel accounts of what one saw, felt and experienced while being on pilgrimage to earth is meant only to serve this end.

I have earlier contributed three of my such travel accounts in the forms of ‘Treasured Slices from Life & Living’, ‘Songs of a Stringed Soul’ and ‘FACTS Underneath the Facts’, which together had 99 Poems and 152 Articles. Now in this Title i.e. ‘My Miscellany’, I have placed my 234 new pieces. They may be comparatively short but very pointed, cute and powerful. I am sure that you would like these even more than my earlier ones. Wishing you all a happy reading!

He was part of the Support Team in Planning Commission appointed Sub-Group for XI Plan headed by Prof SS Johl, made presentation to IFAD team on the cost of forming and nurturing an SHG which became a basis for funding by GOI, and contributed in influencing policy response in many areas including through a case study based write-up in the PLP of Keonjhar that was given to the visiting RV Gupta Committee (1998) advocating the need for introduction of Kisan Credit Card.

Be the first one to write a review for the book My Miscellany.