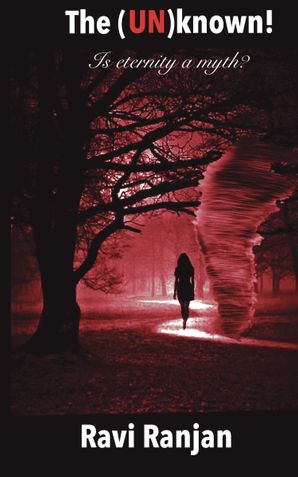 Is eternity a myth?

As Myra, an eighteen-year-old girl walks the deserted street on the way back to her mansion, she feels a dark whirlwind under the magnanimous creepy fig tree, watching her. When she discusses this horrid experience with her mother, her mother feels that she is making stories because of her resistance to this new place. Though Myra often questions her ability to distinguish between reality and her dreams, the whirlwind feels real, especially after her friend Tracy confesses that she has seen the whirlwind too and that she calls it ‘the unknown’. The mansion where Myra lives is infamous as ‘Vortex House’ for somebody had disappeared there.

Amidst her confusion and incessant fear, a stranger named Albert crosses ways with her. While his claims that he has been waiting for her forever, sounds funny to her, she cannot resist his charm. Though he talks in riddles, she feels she has always known him. As she gets to know him more, she feels that he is the man of her dreams, and she has all the reasons, for he knows everything about her and more often than not, she knows what is brewing in his head. It's stinking perfect for her; the place she has always wanted to get away from doesn't bite her anymore- the fear of the whirlwind becomes history- the worries of her recurring dream, where she sees herself sinking into abysmal darkness, withers.

But what feels like a perfect end turns out to be the beginning of a life that she had never imagined. All the fears of her life come back to her, hard and strong. What felt like dream, transitions into a life wherein she feels she has been reliving the same moments over and over again, and all her dreams turn into a nightmare. She reaches a juncture where the only person that can help her is herself. Will she find a way out? Will she discover the unknown?

A riveting tale of mystery, love and seduction, this thriller would stay with you even after you have finished the read. Are you ready for the ride yet?

A mechanical engineer from BIT Mesra, Ravi is a core banking consultant by profession. He lives in Bangalore, India with his wife. An avid lover of music, Ravi pens and composes songs and plans to take it out to the world someday.

Ravi has published two books so far:
Genre: Inspired by real events, Social, Legal thriller, Suspense
My experience with 498A:Are all marriages made in heaven?

Be the first one to write a review for the book The Unknown!.

A Matter of Perception
Tahlia Newland