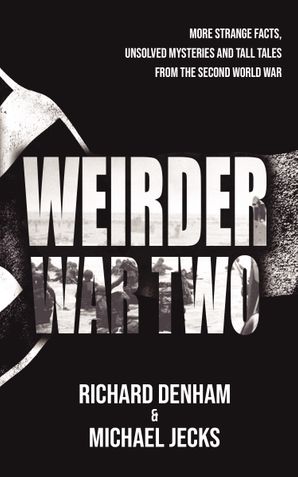 Did a Warner Bros. cartoon prophesize the use of the atom bomb? Did the Allies really plan to use stink bombs on the enemy? Why did the Nazis make their own version of Titanic and why were polar bear photographs appearing throughout Europe?

The Second World War was the bloodiest of all wars. Mass armies of men trudged, flew or rode from battlefields as far away as North Africa to central Europe, from India to Burma, from the Philippines to the borders of Japan. It saw the first aircraft carrier sea battle, and the indiscriminate use of terror against civilian populations in ways not seen since the Thirty Years War. Nuclear and incendiary bombs erased entire cities. V weapons brought new horror from the skies: the V1 with their hideous grumbling engines, the V2 with sudden, unexpected death. People were systematically starved: in Britain food had to be rationed because of the stranglehold of U-Boats, while in Holland the German blockage of food and fuel saw 30,000 die of starvation in the winter of 1944/5. It was a catastrophe for millions.

At a time of such enormous crisis, scientists sought ever more inventive weapons, or devices to help halt the war. Civilians were involved as never before, with women taking up new trades, proving themselves as capable as their male predecessors whether in the factories or the fields.

The stories in this book are of courage, of ingenuity, of hilarity in some cases, or of great sadness, but they are all thought-provoking - and rather weird. So whether you are interested in the last Polish cavalry charge, the Blackout Ripper, Dada, or Ghandi’s attempt to stop the bloodshed, welcome to the Weirder War Two!

Be the first one to write a review for the book Weirder War Two: More Strange Facts, Unsolved Mysteries and Tall Tales from the Second World War.